as he discusses his lastest book
The Coming Revolution: Struggle for Freedom in the Middle East

This lecture is sponsored by the Center for Culture and Security’s Culture and Intelligence Project. 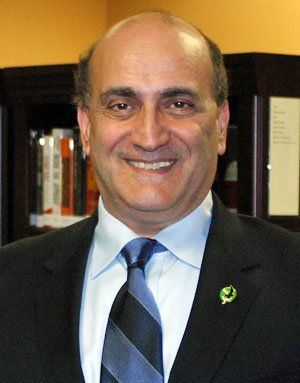 Professor Walid Phares serves as an Advisor to the Anti-Terrorism Caucus in the U.S. House of Representatives and has served on the Advisory Board of the Task Force on Future Terrorism of the Department of Homeland Security in 2006-2007, as well as on the NSC Advisory Task force on Nuclear Terrorism in 2007.

Dr. Phares has briefed and testified to the US Congress, the European Parliament and the United Nations Security Council on matters related to international security and Middle East conflict. He has been a Co-Secretary General of the Transatlantic Legislative Group on Counter Terrorism, a Euro-American Caucus, since 2009.

He consults with and lectures to several national security and defense agencies, as well as to Counter Terrorism advisory boards in North America and Europe.

Dr Phares has taught Global Strategies at the National Defense University since 2006. Previously, he was a Professor of Middle East Studies and Comparative Politics at Florida Atlantic University 1993-2004.

He has published several books in English, Arabic and French, including the latest three post 9/11 volumes: Future Jihad: Terrorist Strategies against the West; The War of Ideas: Jihadism against Democracy, and The Confrontation: Winning the War against Future Jihad.

His most recent book (December 2010) is The Coming Revolution: Struggle for Freedom in the Middle East.

Dr Phares is a Fox News Channel Middle East and Terrorism Expert. He served as NBC Terrorism Analyst until 2006. He appears on international and Arab media and is published widely.