**THIS EVENT HAS BEEN POSTPONED**

You are cordially invited to a presentation on the topic:
Emerging Islamic Insurgency in Northern Mozambique
with
Martina Perino, Malik M. Chaka, and Dr. Gregory Alonso Pirio 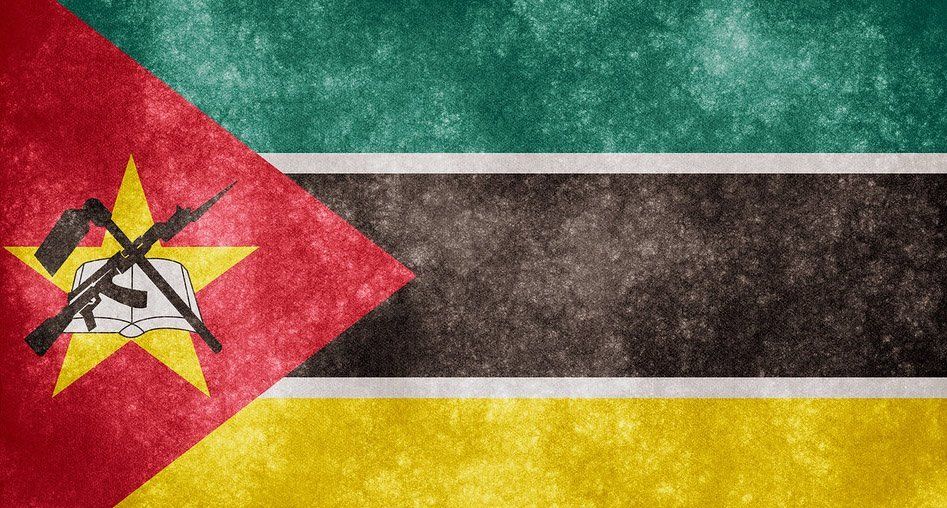 About the lecture: Mozambique is facing Islamic insurgency partly due to social, political, and economic factors. Instead of addressing these underlying issues of the conflict, the Mozambique government has exacerbated it by the heavy-handed security response. Has the government mishandled or miscalculated the threats posed by these Islamic insurgents groups in northern Mozambique? What role can the USA policy play in aiding Mozambique so that this doesn’t spill over to other regions?

Professor Hashem Mekki, MA, has taught Arabic Language, Culture & Middle East Media at IWP since 2012. He is the owner of Bridge Language Solutions, providing an array of language translation, interpretation and teaching services to the Washington DC metropolitan area, and the founder of Kele Global, a nonprofit organization that promotes education, health, and economic empowerment in Sudan and the Republic of South Sudan. He also teaches Arabic to federal employees & professionals at the National Nuclear Security Administration at the Department of Energy. Mr. Mekki volunteers with the IWP Center for Human Rights and International Affairs by providing Arabic translations & strategic cultural perspectives on North Africa and the Middle East. Mr. Mekki previously worked with the Center for Strategic and International Studies and served on the board of Voices of Sudan, a nonprofit based in Washington, D.C. He holds Bachelors degrees in both Political Science and International Studies from the City College of New York, and a Master of Arts in Strategic Studies and International Politics from IWP.

Malik M. Chaka is a retired U.S. Government official who served as Director, Threshold Programs, for the Millennium Challenge Corporation(MCC) from 2006-2018, and as a Professional Staff Member with House Africa Subcommittee, 1998-2005. He first worked on Mozambique issues in Dar es Salaam, Tanzania as a representative of the U.S. based African Liberation Support Committee (ALSC)in the first half of the 1970s when the Mozambique Liberation Front, Frelimo, was based there during the anti-colonial war against Portugal prior to independence on September 25. 1975. Mr. Chaka visited Mozambique several times when he was a congressional staffer and subsequently. Mr. Chaka also worked in a number of Lusophone countries during his tenure with MCC.

Martina Perino is the Program Manager for the Great Lakes and Southern Africa at the International Republican Institute. Originally from Mozambique and Italy, she has 10 years of democracy and governance experience in Mozambique, DR Congo, Zambia, and Kosovo. In Zambia, she was the Governance and Social sectors Program Manager at the European Union Delegation. There Ms. Perino designed and managed the electoral support project, an Access to Justice project and worked closely with local CSOs and other donors or human rights issues and local governance. In 2017 she joined USAID/Kosovo as the Democracy and Governance Strategic Planning Specialist where, among other tasks, she designed several projects including a local governance and conflict mitigation project, PVE project, media strengthening project, political party and legislative strengthening. Ms. Perino has been an election observer in Mozambique, DR Congo, Zambia, Kosovo, and Albania. Ms. Perino holds a degree in Politics, Philosophy, and Economics and a Master’s in International Development.

Dr. Gregory Alonso Pirio possesses extensive experience in conducting research on political, social and religious issues. He earned an M.A. in African Studies and a Ph.D. in African History from the University of California-Los Angeles and has published a number of academic articles dealing with Pan-Africanism and the Communist International. His dissertation focused on the political economy of Angola and Mozambique.

As a consultant to The Strategic Trade Advisory Corporation, Dr. Pirio produced studies of the civil wars in West Africa and its impact on the politics and economy of the region. He recently completed a major study of radical Islamic groups in East Africa and the Horn of Africa for the U.S. military and is held in high regard as a Subject Matter Expert on African affairs.

Dr. Pirio has occupied senior positions at the International Broadcasting Bureau/Voice of America. He was Chief of both the English-to-Africa and Portuguese-to-Africa Services for the VOA. In this capacity, he managed the coverage of international news and current affairs with a special emphasis on Africa, the Middle East, and South-Central Asia, and has traveled extensively to cover events and plan programming priorities. This experience afforded him the opportunity to develop an in-depth knowledge of events in diverse geographic regions and enabled him to know personally many political actors especially on the African continent. Dr. Pirio has also spearheaded innovative media projects in diverse countries such as Afghanistan, Angola, Nigeria, Rwanda, and Zimbabwe. He is also the author of The African Jihad: Bin Laden’s Quest for the Horn of Africa (Red Sea Press, 2008).