You are cordially invited to a brown bag lunch with

to discuss
From Defusing IEDs to Practicing Diplomacy 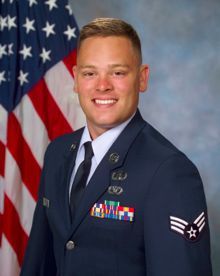 Anthony DeMarino was born and raised in Berea, Ohio, a town just outside of Cleveland.  At age 18, in 2002, Anthony enlisted in the United States Air Force and took the job of Explosive Ordnance Disposal (EOD) Technician.  Anthony served two tours of duty in Iraq, and after suffering a combat related injury was medically retired from the Air Force in 2010.  At the time of his retirement Anthony was Staff Sergeant, Team Leader, EOD Craftsman.

Anthony is currently enrolled in the Washington Semester Program at American University, with an area of study in Islam and World Affairs.  This spring, he took a three-week trip to Turkey and Jordan as a part of this program.