on the topic of
From SLOCs to Locks – A Geostrategic Exercise in Connect-the-Dots, from China to China 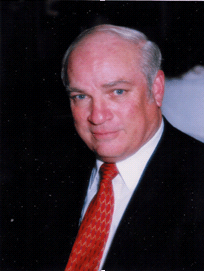 Dr. Brown is the author of The Real Contra War (Oklahoma Press, 2001); The Causes of Continuing Conflict in Nicaragua (Hoover, 1995); When the AK-47s Fall Silent (Hoover, 2000), Causes of Continuing Conflict in Nicaragua (Hoover 1994) and Guide to Thailand (Honolulu, FMFPAC, 1962). His most recent article, Identity Wars, appeared in the Spring 2011 edition of the International Journal of Intelligence and Counterintelligence. It’s the Money, Stupid on the drug war is pending publication in the Hoover Digest.

Dr. Brown is a guest columnist for the Washington Times Weekly and has published in the Wall Street Journal, Miami Herald, throughout Latin America and in professional journals including the Annals of the American Academy of Political and Social Sciences, Journal of American Popular Culture, and Policy Studies Review. He also speaks at international and academic conferences, most recently to a joint CIRET/Mujahadin-e-Khalq conference in Paris, Armed Force Special Operations College in Florida and Netherlands Intelligence Studies Association, The Hague.

He is profiled in Above and Beyond: Former Marines Conquer the Civilian World (Turner, 2003) and listed in Who’s Who Among American Teachers, Who’s Who in the West, Men of Distinction of 1996, International Who’s Who of Intellectuals, and Dictionary of International Biographies.

A graduate of the University of Nevada 1965, Dr. Brown earned a PhD in political psychology, economics, foreign affairs and history at New Mexico State in 1997.

Married to the former Leda Zuniga of San Jose, Costa Rica, he has four children, eight grandchildren and three great-grand children. One daughter studied at West Point, a second is a disabled Marine veteran and a third is an Adjunct Professor at the University of San Diego and Deputy Americas Director of CIRET/AVT. His son, a career Foreign Service Officer, commanded the 1st ePRT/4th BCT in Iraq and is currently Deputy Ambassador to the Bahamas.