This lecture is part of a series on the Intermarium sponsored by the Kosciuszko Chair of Polish Studies. 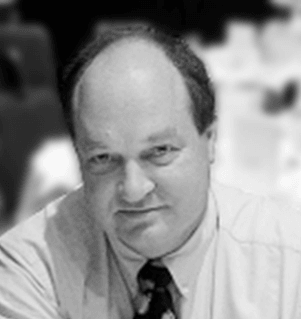 David Archibald is a Perth-based scientist working in the fields of oil exploration, medical research, climate science and energy. After graduating from Queensland University in geology in 1979, he worked in coal and oil shale exploration in Queensland and then in oil exploration with Esso in Sydney. A long period in stockbroking in Sydney as an analyst was followed by moving to Perth in 1999 to work for a private investor. He subsequently floated the oil exploration company Oilex in 2003 and then joined a Canadian-listed oil exploration company in 2006. Also at that time, he was CEO of the mineral explorer Westgold Resources.

Mr. Archibald began researching in climate science in 2006 and has published a number of papers in this field, and two books: “Solar Cycle 24” and “The Past and Future of Climate”. He also founded the field of solarclimatology which uses solar cycle length to predict climate up to 25 years in advance. Mr Archibald’s work in this field was corroborated by three Norwegian scientists in a paper published in February 2012: Solheim, J.E., Stordahl, K. and Humlum, O. “The long sunspot cycle 23 predicts a significant temperature decrease in cycle 24” Journal of Atmospheric and Solar-Terrestrial Physics, 16 February 2012 (available online here).

Mr. Archibald has also been an expert witness in the Supreme Court of NSW in the fields of rolling mills for steel works and petroleum geology. In the medical field, he is the inventor of a drug targeting benign prostatic hyperplasia. This drug demonstrated efficacy during in vitro trials at Queensland University in 2009 and will be entering human trials in 2012.

Mr. Archibald applies his hypotheses to politics by prognosticating crises and other threats to world stability, in particular in oil dependent economies as Saudi Arabia and Russia. He also focuses on such related issues as the impact of climate changes, inefficient agricultural methods, and exploding demographic growth in the Third World, and especially in Africa and the greater Middle East. This dangerous mixture is likely to generate both conflicts for food and other scarce resources (such as water) in the Third World and massive and desperate migrations into First World countries. Given the potential of these trends to undermine global equilibrium, Mr. Archibald’s prognoses are highly relevant to students of international affairs.

Important note: Attendance at all IWP events requires an RSVP in advance. In addition, prospective attendees must receive an e-mail confirmation from IWP indicating that seating will be available for them at the event. A government-issued ID that matches your name on the confirmed attendee list must be presented at the door for admission to any event. The use of photographic and/or recording equipment is prohibited except by advanced permission from IWP, the event organizer, and the speaker(s). IWP is a private organization; as such, all attendees are guests of the Institute.