You are cordially invited to the seventh annual Brian Kelley Memorial Lecture
on the topic of
Gray Day: My Undercover Mission to Expose America’s First Cyber Spy
with
Mr. Eric O’Neill 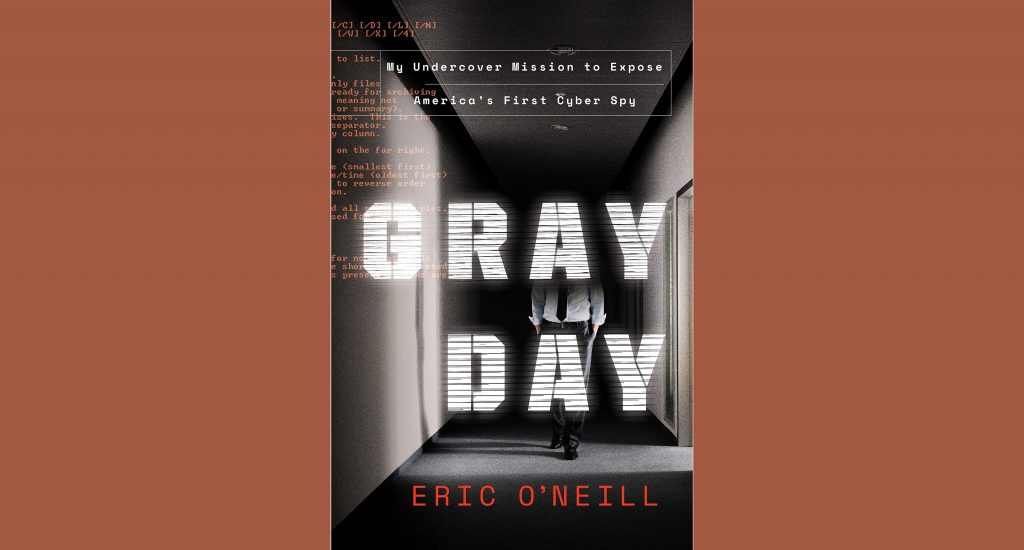 About Brian Kelley Memorial Lectures: The passing of Professor Brian Kelley was a grave loss to the Institute and to our country. His knowledge, experiences and dedication were at a level that is hard to match. In his time at IWP, he brought his own knowledge, as well as the knowledge of experts in the intelligence community, to help the students gain as much as they possibly could during their time at IWP. This lecture is meant to honor his memory and continue his tradition of providing students with the opportunity to hear comments from experts in their given careers within the intelligence community.

About the book: Eric O’Neill was only twenty-six when he was tapped for the case of a lifetime: a one-on-one undercover investigation of the FBI’s top target, a man suspected of spying for the Russians for nearly two decades, giving up nuclear secrets, compromising intelligence, and betraying US assets. With zero training in face-to-face investigation, Eric found himself in a windowless, high-security office in the newly formed Information Assurance Section, tasked officially with helping the FBI secure its outdated computer system against hackers and spies–and unofficially with collecting evidence against his new boss, Robert Hanssen, an exacting and rage-prone veteran agent with a disturbing fondness for handguns. In the months that follow, Eric’s self-esteem and young marriage unravel under the pressure of life in Room 9930, and he questions the very purpose of his mission. But as Hanssen outmaneuvers an intelligence community struggling to keep up with the new reality of cybersecurity, he also teaches Eric the game of spycraft. Eric will just have to learn to outplay his teacher if he wants to win.

About the speaker: Eric O’Neill is an author, attorney, security consultant and professional public speaker. In 2001, Eric helped capture the most notorious spy in United States history: Robert Hanssen, a 25-year veteran of the FBI. The remarkable true events of his life are the inspiration behind the critically acclaimed dramatic thriller Breach, starring Ryan Philippe as O’Neill. The film is the story of the greatest security breach in US history. Eric began his career in the FBI as a “Ghost” – an undercover field operative tasked to surveil and monitor foreign, national, and domestic terrorists and spies. During the Hanssen investigation, Eric worked directly undercover with the spy within the FBI’s Information Assurance Division – created to protect all classified FBI intelligence. Currently, Eric runs The Georgetown Group, a premier investigative and security consultancy out of Washington, DC. Eric is also the National Security Strategist for Carbon Black, the leader in next generation endpoint protection. Eric is also the author of Gray Day, the thrilling story of how Eric helped take down notorious FBI mole Robert Hanssen, the first Russian cyber spy. A talented motivational speaker who weaves real life experiences into a presentation that is both entertaining and rewarding, Eric O’Neill provides practical insights into real work situations relevant to many industries.

The event will be Chatham House Rules without stream or recording.