You are cordially invited to a book lecture:

Hidden in Plain Sight: What Really Caused the World’s Worst Financial Crisis and Why It Could Happen Again 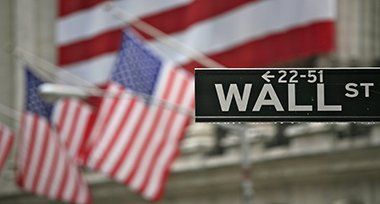 Peter J. Wallison holds the Arthur F. Burns Chair in Financial Policy Studies at the American Enterprise Institute and is co-director of AEI’s program on Financial Policy Studies. Prior to joining AEI, he practiced banking, corporate and financial law at Gibson, Dunn & Crutcher in Washington, D.C., and New York. Mr. Wallison has held a number of government positions. From June 1981 to January 1985, he was General Counsel of the United States Treasury Department, where he had a significant role in the development of the Reagan Administration’s proposals for deregulation in the financial services industry. During 1986 and 1987, Mr. Wallison was White House counsel to President Ronald Reagan, and between 1972 and 1976, he served first as Special Assistant to New York’s Gov. Nelson A. Rockefeller and, subsequently, as counsel to Mr. Rockefeller as vice president of the United States.

Mr. Wallison is the author of Ronald Reagan: The Power of Conviction and the Success of His Presidency, published in December 2002 by Westview Press. On financial or regulatory matters, he is the author of Back From the Brink, a proposal for a private deposit insurance system, and co-author of Nationalizing Mortgage Risk: The Growth of Fannie Mae and Freddie Mac; The GAAP Gap: Corporate Disclosure in the Internet Age; and Competitive Equity: A Better Way to Organize Mutual Funds, all of which were published by AEI. He is also the editor of Optional Federal Chartering and Regulation of Insurance Companies, and Serving Two Masters, Yet Out of Control: Fannie Mae and Freddie Mac, also published by AEI. On campaign finance, he is the author (with Joel Gora) of Better Parties, Better Government, (AEI Press 2009) and Bad History, Worse Policy: How a False Narrative about the Financial Crisis Led to the Dodd-Frank Act (AEI Press 2013) . His most recent book is Hidden In Plain Sight: What Caused the World’s Worst Financial Crisis and Why it Could Happen Again (Encounter Books 2015). He is currently working on a book on the administrative state.

He testifies frequently before committees of Congress, and is a frequent contributor to the op-ed pages of the Wall Street Journal and other print and online journals. He has also been a speaker at many conferences on financial services, housing, the causes of the financial crisis, the Dodd-Frank Act, accounting, and corporate governance, and was a member of the Shadow Financial Regulatory Committee between 1995 and 2015. He is also a member the Council on Foreign Relations, the SEC Advisory Committee on Improvements to Financial Reporting (2008), co-Chair of the Pew Financial Reform Task Force (2009), and a member of the congressionally- appointed Financial Crisis Inquiry Commission (2009-2011). In May 2011, for his work in financial policy, Mr. Wallison received an honorary doctorate in Humane Letters from the University of Colorado.