You are cordially invited to the lecture
Ideology: A Word in Search of Meaning
with
Professor Bill Miller, Marymount University 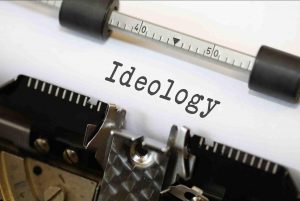 About the lecture: In current political conversations and reporting, the word “ideology” seems to have a plethora of meanings, often not clearly related to one another and sometimes clearly inconsistent with each other. The word is commonly used to mean a kind of voting behavior (an “ideological vote” versus a “party vote”), a kind of political thought characterized by a call to revolutionary action, or a political (or non-political) “belief system” held by a group of people or perhaps by just one individual. And this shortlist does not include its common usage as a synonym for “philosophy,” “theory,” “doctrine,” “policy,” and other forms of thought. Several of these usages of the word “ideology” are so well established that they can no longer be criticized as mistaken; but using the term in light of this jumble of definitions leads to misunderstanding and confusion.

This lecture attempts to pick apart the threads in this tangle and to identify the main strands of meaning that the term has acquired in its relatively short history. Two main lines of contemporary meaning stand out: ideology as a type of social consciousness, a notion particularly favored by Western Marxists and Marxist-influenced theorists, and ideology as a form of radical political doctrine often characterized as apocalyptic, millenarian, and nihilistic. We will briefly trace the former tradition from its French Enlightenment roots to its contemporary political usage and then will outline some of the conceptual approaches to radical ideology that exemplify the latter tradition.

About the Speaker: Bill Miller is a Professor of Politics at Marymount University in Arlington, Virginia. He received his J.D. and Ph.D. from the University of Notre Dame. As an attorney, he has been in private practice in Pennsylvania, has taught law at Widener University’s School of Law, served on the legal staff of the Judiciary Committee of the United States Senate, and most recently has worked on litigation teams at several Washington, D.C. law firms. He is the author of A Primer on American Courts.

Since 1986, Professor Miller has been on the faculty of Marymount University after teaching political theory and other politics courses at several colleges and universities. Though teaching a wide variety of politics and law-related courses at Marymount, his primary focus has been on political theory and political ideology, which he approaches from a classical perspective influenced by Gerhart Niemeyer, Eric Voegelin, and Leo Strauss.