**THIS EVENT HAS BEEN POSTPONED**

You are cordially invited to a presentation on the topic:
Katyn: The Politics of Remembrance
with
Dr. Marek Jan Chodakiewicz 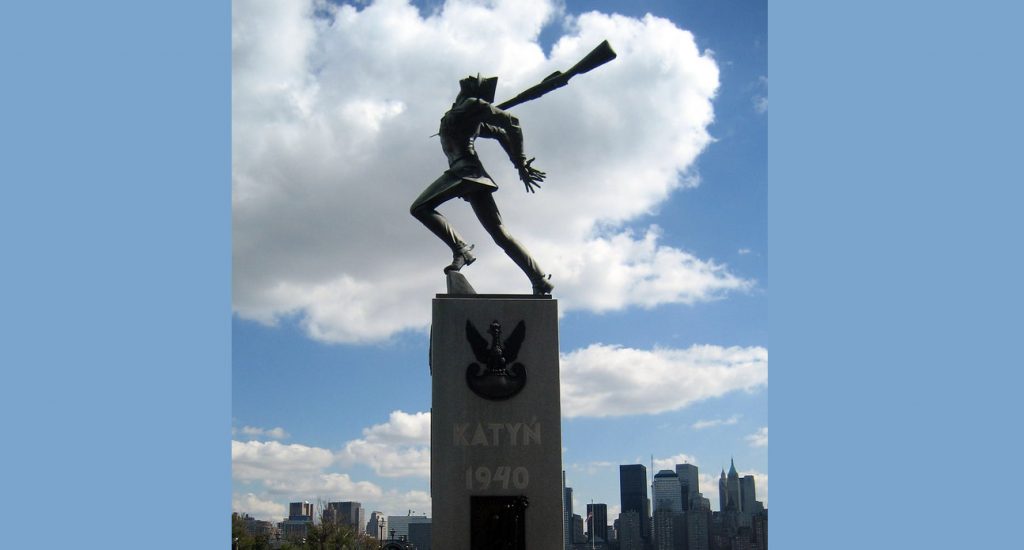 About the lecture: In the Spring of 1940, Stalin and his Politburo decided to mass murder about 25,000 Poles, mostly POW officers. They had been seized, often by ruse, in September 1939 when the Soviet Union teamed up with the Third Reich to launch the Second World War by invading Poland. This was a classical stab in the back. After the dastardly deed, the Kremlin covered up the crime. Berlin, however, dug out the bodies to expose Moscow and to sow discord between the USSR and the Western Allies. After a brief flash in the fan, the Allies buried the issue, betraying their Polish confederates once more. Yalta and Potsdam sealed the issue.

Apart from a few exceptions, like US Congressional hearings in the 1950s, Katyn was censored and forgotten for almost half a century. Yet some remembered. Dr. Chodakiewicz will tell the story of how the families and other patriotic Poles remembered at home, when it was forbidden, and abroad in the West, when it was discouraged in the name of detente. Next, he’ll discuss how John Paul II, Ronald Reagan, and Mikhail Gorbachev colluded, wittingly and unwittingly, to see the truth of Katyn go public. Last, he’ll talk about the aftermath of the revelation under Yeltsin and Putin in Russia and abroad.

About the speaker: Dr. Marek Jan Chodakiewicz holds The Kosciuszko Chair in Polish Studies at The Institute of World Politics, where he also serves as a Professor of History and teaches courses on Geography and Strategy, Contemporary Politics and Diplomacy, Russian Politics and Foreign Policy, and Mass Murder Prevention in Failed and Failing States. He is the author of Intermarium: The Land Between the Black and Baltic Seas and numerous other books and articles. He holds a Ph.D. from Columbia University and has previously taught at the University of Virginia and Loyola Marymount University.