You are cordially invited
to join 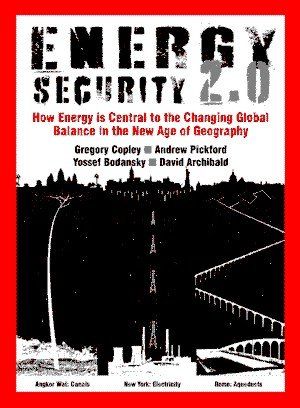 Energy Security 2.0: How Energy is Central to the Changing Global Balance in the New Age of Geography is a 166-page study released by The International Strategic Studies Association (ISSA) in early February 2011.  This study takes a profoundly new approach to the question of global energy security, and how national energy strategies must be re-thought to take account of new technologies, lifestyles, and geopolitical realignments.

The book is the result of the Third Indo-Pacific Energy Security Round-Table, organized by ISSA and ISSA Indo-Pacific in late 2010 and early 2011. It was authored by Gregory Copley, the ISSA President; Andrew Pickford, the ISSA Indo-Pacific Managing Director; Yossef Bodansky, the New York Times bestselling author and Director Research at ISSA; and renowned Australian scientist David Archibald.

In the Preface to the book, the authors note: “Energy Security 2.0 is a term to express how some very new and profoundly strategic patterns of global change are emerging. They are occurring particularly in how we use energy as the key determinant of the survival of urban-dominated states.”

“Moreover, as this study, shows, geography – temporarily sidelined as the core strategic constant during the brief period of globalization – has once again become a basic element of emerging social and power balance changes. One of the themes of this study is the evolution of the Eurasian continental states as an increasingly integrated bloc, and the separate evolution of maritime powers. These groups have different outlooks on governance, commerce, and, in some respects, energy systems.”