On Wednesday, July 7 at 4:00 PM, RADM Dave Rogers will discuss leadership experiences, as well as the importance of personal relationships in interagency and international operations.  A reception will follow the lecture. 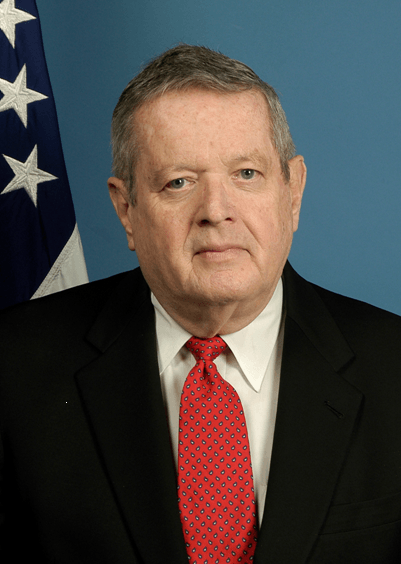 Admiral Rogers was born in Chicago, Illinois. He attended Georgetown University and graduated with a Bachelor of Science Degree from the United States Naval Academy in June, 1959. While a midshipman he participated in the U.S. amphibious landing in Lebanon in 1958.

Admiral Rogers’ first duty was as an instructor of Seamanship and Navigation at the Naval Academy. Following flight training at Pensacola, Florida, and Beeville, Texas, he reported to Attack Squadron 36 flying the A-4 and deploying twice aboard USS Saratoga to the Mediterranean and then aboard USS Lexington during the Cuban Crisis.

Admiral Rogers is a 1966 graduate of the Naval Postgraduate School at Monterey, California and received a Graduate Degree in Aeronautical Engineering. Following school, he reported to Attack Squadron 125 at Lemoore, California as an A-4 instructor pilot.

He then reported to Attack Squadron 93 deployed aboard USS Bon Homme Richard and later aboard USS Ranger in Southeast Asia. Admiral Rogers flew over 200 combat missions in Vietnam. Subsequently, he was assigned to the Bureau of Naval Personnel in Washington, D.C. as an Aviation Officer Detailer where he returned to Vietnam for the third time.

Admiral Rogers served as Executive Officer and Commanding Officer of Attack Squadron 192, the “World Famous Golden Dragons”, deploying twice aboard USS Kitty Hawk and flying the A-7E. He then reported again to the Bureau of Naval Personnel, serving as Head Subspecialty Development Branch, and Head, Air Combat Placement Branch. He was then graduated from the University of Southern California with a Master of Science Degree.

Rear Admiral Rogers has flown 62 different types of military aircraft; 16 types from the decks of 17 carriers. He has over 1,400 carrier landings and over 5,000 accident-free flight hours.