You are cordially invited to the event on the topic:

Vice President for climate and technology at the U.S. Chamber of Commerce’s
Global Energy Institute 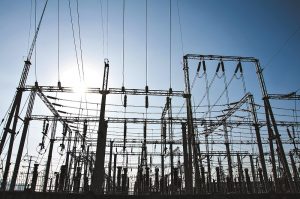 About the lecture: Energy security has been a perennial concern since the early 1970s. But what exactly do we mean by energy security, and how do we know if it’s getting better or worse? This presentation discusses different dimensions of U.S. energy security and how they can be measured in an index. The presentation also will look at how the U.S. performs compared to other large energy-using countries.

About the speaker: Stephen D. Eule is vice president for climate and technology at the U.S. Chamber of Commerce’s Global Energy Institute. With more than two decades of experience, Eule is a recognized and respected expert on the nexus between energy and climate change. He engages with business groups across the world, is asked frequently to testify before Congress, and is quoted often in major media outlets.

Eule represents the Chamber in the UN Framework Convention on Climate Change and helped found the Major Economies Business Forum on Energy Security and Climate Change, a coalition of more than 20 national cross-sector business organizations from major economies.

Eule also is responsible for GEI’s two authoritative energy security reports—the Index of U.S. Energy Security Risk and the International Index of Energy Security Risk. These risks indices represent the first and most comprehensive efforts to quantify energy security risks over time and across a wide range of measures. They have been cited by the International Energy Agency and are used by universities and think tanks across the world.

Previously, Eule was director of the Office of Climate Change Policy & Technology at the Department of Energy. There he oversaw the development of the U.S. Climate Change Technology Program Strategic Plan in 2006 and ran President Bush’s Climate VISION program. Internationally, Eule represented DOE as part of the U.S. government delegations to the UNFCCC, Intergovernmental Panel on Climate Change, the G20, and other multilateral forums. He was lead chapter author on the U.S. Climate Action Report—2006 and contributed to other U.S. government publications.

His prior experience includes a decade working in various public policy positions. He was a subcommittee staff director on the House Science Committee and served as legislative director for Rep. Nick Smith (R-MI). In addition, Eule was an environmental analyst in the Washington, D.C., office of New Jersey Gov. Christine Todd Whitman (R-NJ). Earlier, he worked for eight years as an Orkand Corporation consultant to the Energy Information Administration and worked at the Heritage Foundation.

Eule earned a Master of Arts degree in geography from The George Washington University and a Bachelor of Science degree in biology from Southern Connecticut State College.