You are cordially invited to a book event with
Mr. Seth G. Jones
for his book
A Covert Action: Reagan, the CIA, and the Cold War Struggle in Poland 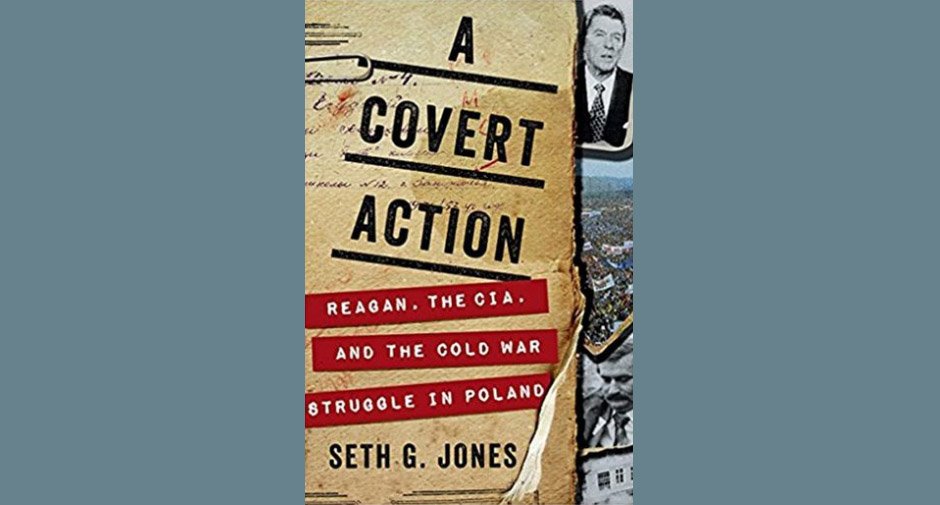 About the book: The dramatic, untold story of one of the CIA’s most successful Cold War intelligence operations.

December, 1981—the CIA receives word that the Polish government has cut telephone communications with the West and closed the Polish border. The agency’s leaders quickly inform President Ronald Reagan, who is enjoying a serene weekend at Camp David. Within hours, Prime Minister Wojciech Jaruzelski has appeared on Polish national television to announce the establishment of martial law. A new era in Cold War politics has begun: Washington and Moscow are on a collision course.

In this gripping narrative history, Seth G. Jones reveals the little-known story of the CIA’s subsequent operations in Poland, which produced a landmark victory for democracy during the Cold War. While the Soviet-backed Polish government worked to crush a budding liberal opposition movement, the CIA began a sophisticated intelligence campaign, code-named QRHELPFUL, that supported dissident groups. The most powerful of these groups was Solidarity, a trade union that swelled to a membership of ten million and became one of the first legitimate anti-Communist opposition movements in Eastern Europe. With President Reagan’s support, the CIA provided money that helped Solidarity print newspapers, broadcast radio programs, and conduct a wide-ranging information warfare campaign against the Soviet-backed government. QRHELPFUL proved vital in establishing a free and democratic Poland.

About the speaker: Seth G. Jones holds the Harold Brown Chair, is director of the Transnational Threats Project, and is a senior adviser to the International Security Program at the Center for Strategic and International Studies (CSIS). He teaches at Johns Hopkins University’s School of Advanced International Studies (SAIS) and the Center for Homeland Defense and Security (CHDS) at the U.S. Naval Postgraduate School. Prior to joining CSIS, Dr. Jones was the director of the International Security and Defense Policy Center at the RAND Corporation. He also served as representative for the commander, U.S. Special Operations Command, to the assistant secretary of defense for special operations. Before that, he was a plans officer and adviser to the commanding general, U.S. Special Operations Forces, in Afghanistan (Combined Forces Special Operations Component Command–Afghanistan). In 2014, Dr. Jones served on a congressionally mandated panel that reviewed the FBI’s implementation of counterterrorism recommendations contained in the 9/11 Commission Report. Dr. Jones specializes in counterterrorism, counterinsurgency, unconventional warfare, and covert action, including a focus on al Qaeda and ISIS. He is the author of A Covert Action: Reagan, the CIA, and the Cold War Struggle in Poland (W.W. Norton, 2018), Waging Insurgent Warfare (Oxford University Press, 2016), Hunting in the Shadows: The Pursuit of al Qa’ida after 9/11 (W.W. Norton, 2012), and In the Graveyard of Empires: America’s War in Afghanistan (W.W. Norton, 2009). Dr. Jones has published articles in a range of journals, such as Foreign Affairs, Foreign Policy, and International Security, as well as newspapers and magazines like the New York Times, Washington Post, and Wall Street Journal. Dr. Jones is a graduate of Bowdoin College and received his M.A. and Ph.D. from the University of Chicago.