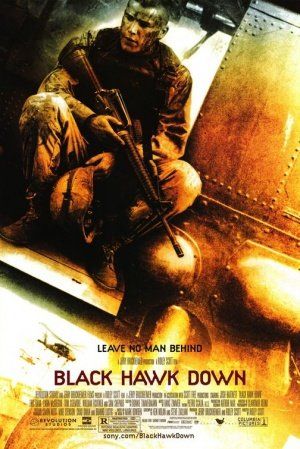 Please join us as we commemorate the Battle of Mogadishu (3-4 Oct 1993) with a movie night for Black Hawk Down hosted by IWP alumnus Col USMCR Fritz Barth (ret).

Fritz was present before, during, and after this battle, interacting from the tactical to national levels.  He will provide some context for the film,  and lead discussion about a battle which had a significant impact on U.S. policy afterwards. There were a great many “lessons learned” taken from it but in many cases, the U.S. many not have learned the right lessons.

This event is co-hosted by the IWP Alumni Association.

Fritz J. Barth
Colonel USMCR (ret.)
Fritz Barth, Colonel USMCR (ret.) is the CEO of Deepview L.L.C., a consulting firm providing planning, strategy and CONOPS development support for intelligence, surveillance and reconnaissance (ISR) systems.  He served for 30 years in the military intelligence and armor occupational specialties in the Marine Corps and Marine Corps Reserve including ten years in joint billets.  He is a 2006 graduate of IWP with a Masters degree in National Security Affairs, Intelligence.

Colonel Barth graduated from Purdue University in 1981 with degrees in business administration and German and was commissioned through the NROTC program.  Initially trained in 1982 as an armor officer on the M60A1 tank, he completed tours on Okinawa Japan, Parris Island, SC and Camp Lejeune NC and transferred to the intelligence field in 1987 when he served as the S2 for Battalion Landing Team 3/8 through 1989.

Between 1990 and 1993, then Captain Barth served in the Reserves in various billets including S2 for an artillery battalion and as an intelligence officer developing doctrine, requirements and organization for Royal Saudi Marine Forces.

Major Barth’s first joint assignment was as Deputy Director, USCENTCOM Intelligence Support Element (CISE) II, Mogadishu, Somalia from September 1993 to March 1994 including the Raid on the Olympic Hotel and the final withdrawal of US Forces, Somalia (USFORSOM).  There he directed tactical intelligence and counterintelligence/HUMINT operations of a joint 140-person team conducting all-source collection and analysis for US and UN forces in Mogadishu, Somalia.  He was responsible for intelligence liaison with other UN contingents and served as senior CI/HUMINT and foreign disclosure officer.

Afterwards he served as the USMC representative to the Intelligence, Surveillance and Reconnaissance (ISR) Joint Chiefs of Staff (JCS) Joint Warfighting Capabilities Assessment (JWCA) until 1995.  He worked as a contractor at the National Reconnaissance Office for the next three years.

In 1998 Major Barth was selected as the Senior Intelligence Officer, Marine Corps Warfighting Lab (MCWL) to plan, coordinate, and execute intelligence experimentation for the Urban and Capable Warrior Advanced Warfighting Experiments (AWE) based on his experience in Somalia.

Following 9/11, LtCol Barth was assigned as the Joint Staff, J-5 Political-Military Officer for the Horn of Africa, developing and recommending military policy to the CJCS. He also coordinated policy with USCENTCOM and support the War on Terrorism.

In 2008 Col Barth deployed as the G2 Plans Officer for Multi-National Forces – West (MNF-W), Iraq and completed intelligence planning for the transition of counterinsurgency and security responsibilities for Al Anbar Province to the Iraqi Security Forces (ISF).

Colonel Barth concluded his career in the Marine Corps as Chief of the Intelligence, Surveillance and Reconnaissance (ISR) Portfolio Management Office at the National Security Agency.