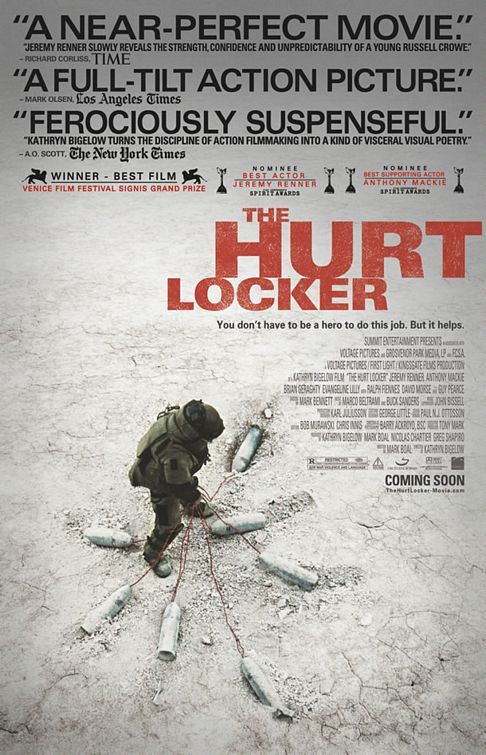 Please join us on Friday, September 24 as Mr. James Stambaugh hosts the next film in our Movie Night series, The Hurt Locker.

The Hurt Locker, released in 2009, is a riveting, suspenseful portrait of the courage under fire of the military’s unrecognized heroes: the technicians of a bomb squad who volunteer to challenge the odds and to save lives doing one of the world’s most dangerous jobs. Three members of the Army’s elite Explosive Ordinance Disposal (EOD) squad battle insurgents and one another as they search for and disarm a wave of roadside bombs on the streets of Baghdad — in order to try and make the city a safer place for Iraqis and Americans alike. Their mission is clear — protect and save — but it’s anything but easy, as the margin of error when defusing a war-zone bomb is zero. This thrilling and heart-pounding look at the psychology of bomb technicians and the effects of risk and danger on the human psyche is a fictional tale inspired by real events by journalist and screenwriter Mark Boal, who was embedded with a special operations bomb unit in Iraq.

Winner of 6 Academy Awards, including best picture and best director. To view the trailer, click here.

Host James Stambaugh is IWP’s Director of Libraries and received an EOD perspective from his son, who is serving in the U.S. military and is working on OED squads in Iraq and Afghanistan.