You are cordially invited to the

on the topic of
North Korea: Time for a New Approach 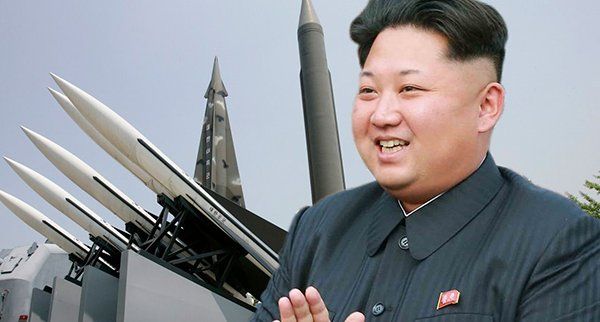 For well over half a century, dealing with the North Korean dynastic regime has frequently bewildered and frustrated the United States and its allies in the region. Recent nuclear and missile tests have only exacerbated the situation, and tensions in the region have risen to unprecedented levels. North Korean leader Kim Chong-un, young and untested, relatively unknown to the rest of the world, yet possessing a growing arsenal of nuclear weapons and an expanding missile delivery system, presents what could arguably be the first major international crisis for the new Trump administration. Previous attempts to rein in North Korea’s expanding weapons programs – to include repeated sanctions – have proven ineffective. This presentation will discuss the background that has led to North Korea’s obsession with its nuclear program and the seemingly inconceivable rise of the world’s youngest dictator and will suggest some alternative approaches in dealing with the world’s most secluded society.

John Sano is a professor at IWP. He is the former Deputy Director of the CIA’s National Clandestine Service – the covert operational arm of the CIA where he served in various capacities for 28 years. He previously ran the CIA’s North Korean Operations Group, and later was Chief of the East Asia Division. Prof. Sano also served, among other positions, as the CIA’s Chief of Station in Seoul, Korea. During that time he was awarded the Diplomatic Order of Merit by the President of the Republic of Korea.