You are cordially invited to
The Kuklinski Museum Discussion Series
on the topic of
Poland, the US, & NATO: Confronting the Russian Threat
Sponsored by The Institute of World Politics, the Polish National Foundation, the Victims of Communism Memorial Foundation, and The General Ryszard Kuklinski Museum in Warsaw, Poland. 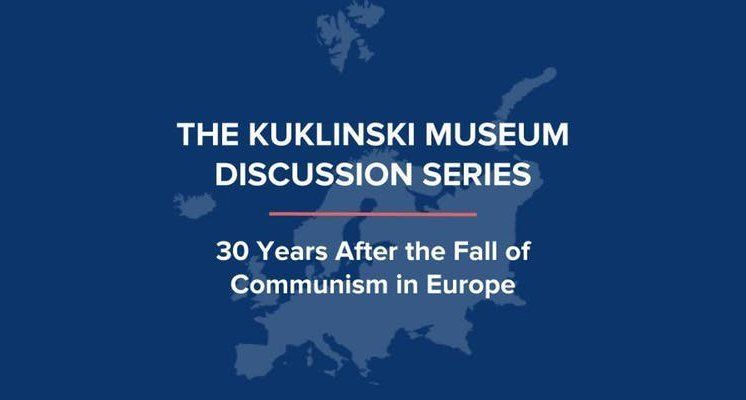 Following the fall of Soviet communism, NATO expanded eastward, shifting the continent’s security epicenter to East-Central Europe, particularly Poland. Given the resurgence of Putin’s Russia and its attempts to weaponize energy and cyber communications, this timely event will address clear and present dangers and Poland’s strategic importance in standing up to and containing this new iteration of an old threat. Among other topics, the conversation will examine Nord Stream 2, trans-Atlantic relations, the role of Brussels, and Russia’s active measures in the digital age.

Claudia Rosett is an award-winning journalist who has reported over more than three decades from Asia, the former Soviet Union, Latin America and the Middle East. She is widely credited with groundbreaking reporting on corruption at the United Nations.

Ms. Rosett is currently a Foreign Policy Fellow with the Independent Women’s Forum, focusing on threats posed to U.S. security by despotic regimes. She has contributed to numerous publications, makes frequent appearances on TV and radio, has testified before six U.S. congressional committees on such topics as the Iran-North Korea strategic alliance, and U.N. reform, and is the author of the Encounter Books Broadside, “What To Do About the UN.” From 1984-2002 she was a staff writer at The Wall Street Journal, serving as a member of the Editorial Board in New York (1997-2002); reporter and then bureau chief in Moscow (1993-96); editorial-page editor of The Asian Wall Street Journal in Hong Kong (1986-93); and book review editor in New York (1984- 86). From 2003-2015 she was journalist-in-residence with the Foundation for Defense of Democracies.

Ms. Rosett is a winner of the Journalism Leadership Eagle Award of the New York Respect for Law Alliance (2013), the Eric Breindel Award (2005) and the Mightier Pen Award (2005). For her on-site coverage of China’s 1989 Tiananmen Square uprising, Ms. Rosett won an Overseas Press Club Citation for Excellence. She holds a B.A. from Yale University, an M.A. in English from Columbia University, and an M.B.A. from the University of Chicago’s Graduate School of Business.

Anna Maria Anders is a Polish Senator and a Minister in the Polish government. She is the Secretary of State in the government of Poland’s Prime Minister, Mateusz Morawiecki, where she is Plenipotentiary for International Dialogue. In March 2016, she was elected to Poland’s Senate, representing Poland’s eastern flank. She also represents Poland in the Women in Parliaments Global Forum, a global network of female parliamentarians that supports greater participation of women in politics. Minister Anders is the daughter of General Wladyslaw Anders, the legendary World War II Commander of the Polish Forces at the Battle of Monte Cassino, and well-known singer and actress Irena Renata Anders. She was born in London, England. In 1986, Anna Maria Anders married United States Army Colonel Robert Alexander Costa. Their son is an officer in the US Army.

Following an Army career that included numerous operational and strategic assignments over a 30 year span, retired Army Brigadier General Guy “Tom” Cosentino now serves as BENS’ Chief Operating Officer, overseeing BENS’ day to day operations, while also improving outreach to, and strategic dialogue with, senior civilian and uniformed national security leaders. Tom joined BENS in September 2015 following his last military assignment where he served as the 28th Commandant of the National War College – the premier institution for the education of strategic leaders for the United States Military, other departments of the United States Government, and 29 allied nations.

Prior to assuming command of the National War College, Tom served as Deputy Director for Political and Military Affairs, providing military advice to the Chairman of the Joint Chiefs of Staff and the Secretary of Defense. He also served previously as the Deputy Commanding General for Regional Support, NATO Training Mission Afghanistan, and as the Chief of Strategy, Plans, and Assessments for the Multi-National Security Transition Command in Iraq where he developed U.S. plans to man, train, and equip over four hundred thousand Iraqi Army and Police Forces.

Tom earned a B.S. in political science at the University of the State of New York and holds master’s degrees in international relations from Georgetown University and national security and strategic studies from the Naval War College. Tom is also a PhD candidate in the Public Policy Program at the University of Maryland.

John Lenczowski is founder and president of The Institute of World Politics, an independent graduate school of national security and international affairs in Washington, D.C. From 1981 to 1983, Dr. Lenczowski served in the State Department in the Bureau of European Affairs and as Special Advisor to Under Secretary for Political Affairs Lawrence Eagleburger. From 1983 to 1987, he was Director of European and Soviet Affairs at the National Security Council. In that capacity, he was principal Soviet affairs adviser to President Reagan.

He has been associated with several academic and research institutions in the Washington area, including Georgetown University, the University of Maryland, the American Enterprise Institute, the Ethics and Public Policy Center, the Council for Inter-American Security, and the International Freedom Foundation. He has also served on the staff of Congressman James Courter.

Dr. Lenczowski attended the Thacher School, earned his B.A. at the University of California, Berkeley, and received his M.A. and Ph.D. from the Johns Hopkins University School of Advanced International Studies.

Dr. Lenczowski and his wife, Susan, have two children and live in Washington.