You are cordially invited to the lecture on the topic:

President Trump and Iran: Cutting Through the Misinformation
with
Michael Pregent 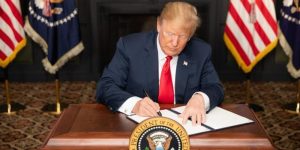 About the Speaker: Michael Pregent is a senior fellow at Hudson Institute. He is a senior Middle East analyst, a former adjunct lecturer for the College of International Security Affairs, and a visiting fellow at the Institute for National Strategic Studies at the National Defense University. Pregent is a former intelligence officer with over 28 years of experience working in security, terrorism, counter-insurgency, and policy issues in the Middle East, North Africa, and Southwest Asia. He is an expert in Middle Eastern and North African political and security issues, counter-terrorism analysis, stakeholder communications, and strategic planning. He spent considerable time working malign Iranian influence in Iraq as an advisor to Iraq’s Security and Intelligence apparatus. Pregent served in Desert Shield and Desert Storm, and he served as a liaison officer in Egypt during the 2000 Intifada, as a counter-insurgency intelligence officer at CENTCOM in 2001, and as a company commander in Afghanistan in 2002. Additionally, Pregent served as an embedded advisor with the Peshmerga in Mosul from 2005-2006. Also, as a civilian SME working for DIA, Pregent served as a political and military advisor to USF-I focusing on reconciliation, the insurgency, and Iranian influence in Iraq from 2007-2011. He was a violent extremism and foreign fighter analyst at CENTCOM from 2011-2013.