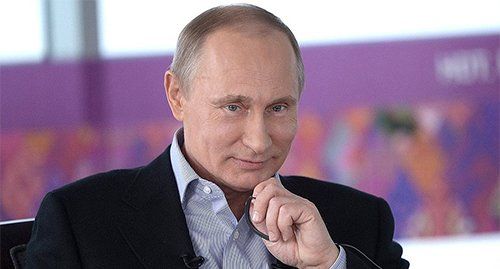 About the discussion: Amb. Courtney and Dr. Paul will discuss the themes in their recent article, “Firehose of Falsehoods: Russian propaganda is pervasive, and America is behind the power curve in countering it.” They will refer to the RAND Corporation report on “The Russian ‘Firehose of Falsehood’ Propaganda Model: Why It Might Work and Options to Counter It.”

Amb. William Courtney is an adjunct senior fellow at the RAND Corporation and executive director of the RAND Business Leaders Forum.  He is also president of the U.S.-Kazakhstan Business Association, which represents U.S. exporters to and investors in Kazakhstan.  In 2014 he retired from Computer Sciences Corporation as senior principal for federal policy strategy.  From 1972 through 1999, he was a Foreign Service officer in the U.S. Department of State.He served as special assistant to the President for Russia, Ukraine, and Eurasia; Ambassador to Georgia, Kazakhstan, and the U.S.-Soviet commission that implemented the Threshold Test Ban Treaty; and deputy U.S. negotiator in the U.S.-Soviet Defense and Space Talks in Geneva.

Christopher Paul, Ph.D. is a Senior Social Scientist working out of RAND’s Pittsburgh office, where is the principal investigator for a number of defense and security related research projects. He also teaches at Carnegie Mellon University and in the Pardee RAND Graduate School. Prior to joining RAND full-time in July of 2002, he worked at RAND as adjunct staff for six years. His current and recent research efforts include analyses supporting security cooperation, information operations, counterinsurgency, irregular/unconventional warfare, and operations in cyberspace.