You are cordially invited to a presentation on the topic:

Revisionist Actors, the International Order, and the Yemen Quagmire 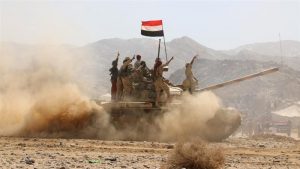 About the lecture: A discussion on Yemen’s multifaceted conflict and the challenges that multiple types and levels of competition taking place in southwest Arabia and the Red Sea region pose to U.S. counterterrorism efforts, maritime security, freedom of navigation, and broader national security interests in the Middle East and North Africa.

About the speaker: Adam C. Seitz is Research Assistant Professor for Middle East Studies at the Marine Corps University (MCU) Brute Krulak Center, where his research focuses on the civil-military relations, the security sector, the role of armed non-state actors, and conflict studies in Yemen, Iran, the Red Sea and Gulf region. In his position, Mr. Seitz supports the MCU by providing a resident scholar with expertise in Middle East security and conflict studies, representing the Marine Corps at various academic and professional forums, and providing subject matter expert support and advice to Professional Military Education programs. Mr. Seitz is also adjunct faculty for the MCU Command and Staff College Distance Education Program (CSCDEP), where he designed and is teaching the online enhanced scholarly elective entitled “The Yemen Quagmire: Great Power Competition, Internal Wars, and the Gray Zone” for the MCU College and Distance Education and Training (CDET) Continuing Education Program (CEP).

Prior to joining MCU in 2009, Mr. Seitz was a research associate at the Center for Strategic and International Studies Arleigh A. Burke Chair in Strategy where his research focus was in Middle East and South Asia security studies, weapons of mass destruction, weapons proliferation, terrorism and asymmetric warfare. His research at CSIS culminated with the publication of Iranian Weapons of Mass Destruction: The Birth of a Regional Nuclear Arms Race? (Praeger Security International, 2009), co-authored with Dr. Anthony Cordesman. Mr. Seitz served in the U.S. Army as an Intelligence Analyst and is a veteran of Operation Iraqi Freedom.

Mr. Seitz earned his B.A. in International Affairs from the University of Colorado at Boulder and his M.A. in International Relations and Conflict Resolution from American Military University. His latest works include “‘Ties That Bind and Divide: The ‘Arab Spring’ and Yemeni Civil-Military Relations” in Why Yemen Matters: A Society in Transition (Saqi Books, 2014), “Patronage Politics in Transition: Political and Economic Interests of the Yemeni Armed Forces” in Businessmen in Arms: How the Military and Other Armed Groups Profit in the MENA Region(Rowman & Littlefield, 2016), and “The Tribal-Military-Commercial Complex and the Challenges to Security Sector Reform in Yemen” in Addressing Security Sector Reform in Yemen: Challenges and Opportunities for Intervention during and post-Conflict (CARPO, 2017).