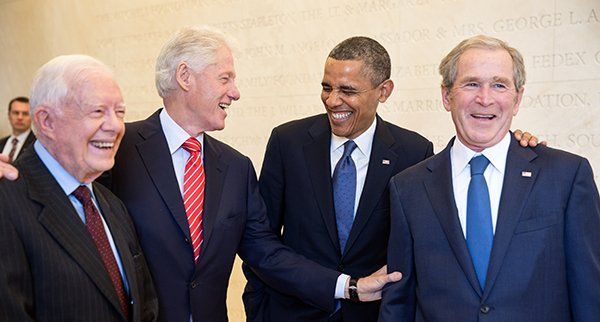 The contrast between the treatment meted out to Presidents George W. Bush and Barack Obama confirms that two set of rules prevail when it comes to scholarly assessments of American presidents. Democratic presidents are excused when it comes to assertive national security policies, while Republican presidents are deemed “lawless.” Obama is the most recent beneficiary of this double standard that distorts scholarly assessments of the nation’s chief executives.

Stephen F. Knott is a Professor of National Security Affairs at the United States Naval War College. He served as co-chair of the University of Virginia’s Presidential Oral History Program, directed the Ronald Reagan Oral History Project, and also served on the staff of the John F. Kennedy Presidential Library. Professor Knott received his PhD in Political Science from Boston College, and has taught at the United States Air Force Academy and the University of Virginia. He is the author of numerous books including Rush to Judgment: George W. Bush, the War on Terror, and His Critics; Secret and Sanctioned: Covert Operations and the American Presidency, an examination of the use of covert operations by early American presidents; and Alexander Hamilton and the Persistence of Myth, a book on Alexander Hamilton’s controversial image in the American mind. He is a co-author of The Reagan Years and At Reagan’s Side: Insiders’ Recollections from Sacramento to the White House. His most recent co-authored volume is Washington & Hamilton: The Alliance That Forged America.