Note: This event has been cancelled. 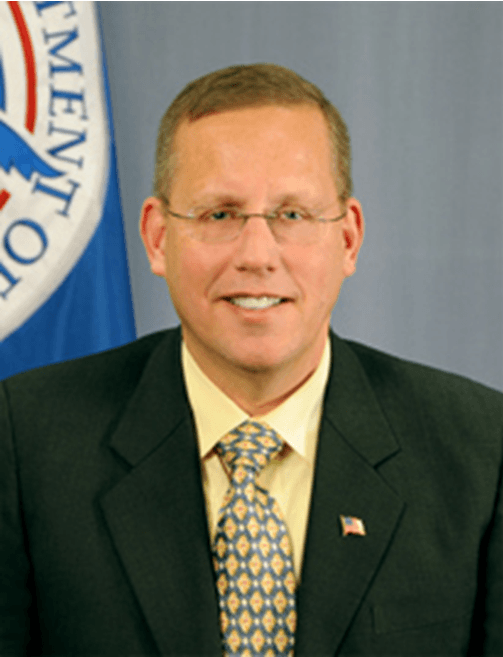 Dan Johnson was named Assistant Administrator for Intelligence in January 2011. With 26 years of experience in the U.S. Air Force managing and directing Intelligence, Surveillance and Reconnaissance (ISR) operations, Johnson oversees TSA’s analysis and risk management of intelligence for the nation’s transportation systems.

He is a recognized expert on national and theater ISR operations, and a seasoned staff officer with a proven track record of success in the acquisition and fielding of new billion-dollar ISR weapon systems.

Most recently, as a Wing and Mission Commander with the U.S. Air Force Intelligence, Surveillance and Reconnaissance Agency, he commanded the U.S. Air Force’s largest and most operationally engaged globally networked and regionally focused intelligence wing. In that capacity, Johnson oversaw thousands of military and civilian personnel at 12 geographically dispersed locations providing critical intelligence to Iraq, Afghanistan, and Korea Armistice operations, as well as theater engagement in the Pacific, South America, Europe and Africa.

His earlier military assignments included Director for the Commander of the Pacific Air Force Commanders Action Group from 2004 through 2005, and Squadron Commander at Osan Air Base in South Korea from 2001 through 2003.

Johnson is the recipient of numerous awards and medals, including the General George Kenney Award for the best lessons learned organization in the U.S. Air Force.

His paper, Enabling Intelligence, Surveillance, and Reconnaissance for Effects Based Operations, was published in a university journal in 2005.