Please note: This event is strictly off the record. 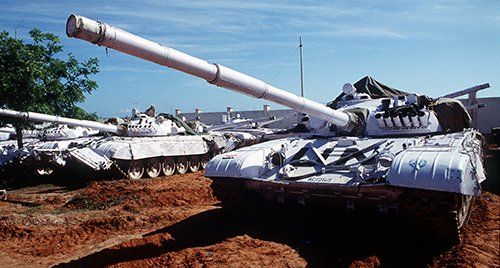 Despite dragging on for more than twenty years, the conflict in southern Somalia is little understood by the general public or policymakers. Yet despite having little strategic importance, the former state continues to attract wide interest and foreign intervention.

In a discussion titled “Somalia: A Case Study in Wishful Thinking,” Mr. Flaherty will present his findings after more than year spent on the ground in East Africa. He will present an evaluation of forces participating in the African Union Mission in Somalia (AMISOM), Somali factions, and other actors involved in the ongoing civil war in Somalia. Mr. Flaherty will also discuss the current state of the conflict, as he experienced it. Finally, he intends to engage the audience for their views on the future of conflict in East Africa.

Mr. Flaherty is a senior intelligence officer with more than fifteen years of experience, with nine years focused on Africa issues. He was awarded an M.A. from IWP in 2011, and has been accepted into the PhD program in Political Science at the University of New Mexico.