You are cordially invited to a book event with
Gregory R. Copley
for his book
Sovereignty in the 21st Century and the Crisis for Identity, Cultures, Nation-States, and Civilizations 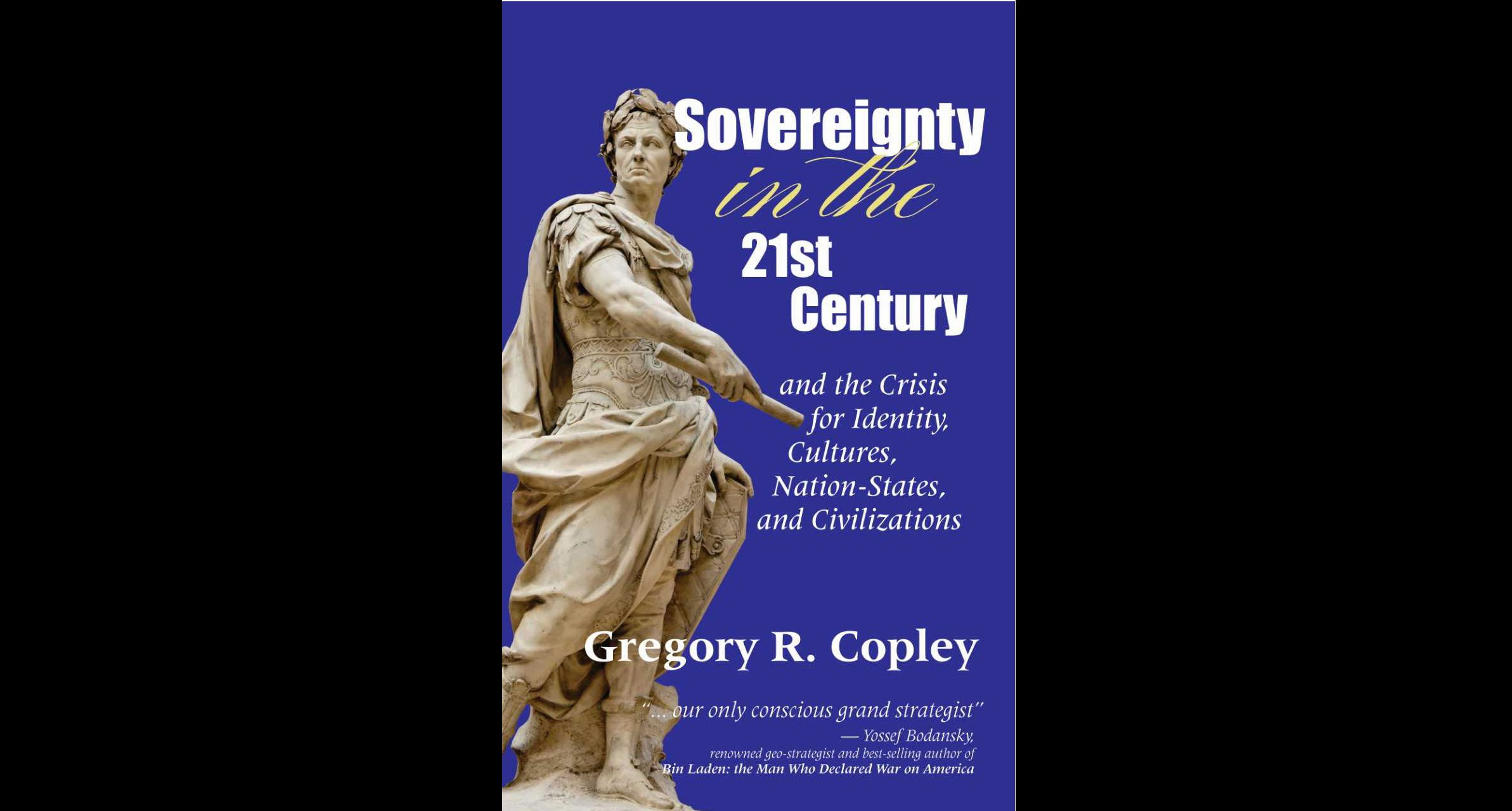 About the Book: Sovereignty in the 21st Century and the Crisis for Identity, Cultures, Nation-States, and Civilizations describes a world already at war with itself. It is a world in which urban globalists fear and despise regional nationalists, and vice-versa. It is a time when the concept of the nation-state sovereignty incarnate has slipped from the minds of many. The populations of the mega-cities have as they have in different ways in the past assumed that they alone represented the state . The response to this has been a voter revolt in many areas of the world and the sudden re-appearance of the schisms between cities and regions. Nationalism has become, for many in the cities, a pejorative term, but an expression of hope for revival of many in the regions. But what do we know of the issues which are really at stake in this changing century? Can we adequately describe the meaning of sovereignty of individuals as well as states or the fundamental differences between republics and constitutional monarchies; between empires and suzerainties? Yet all these issues will determine whether we will live in calm and prosperity, or chaos and fear. This may be the most remarkable book yet by Gregory Copley.

About the Author: Gregory Copley, an Australian, is the President of the International Strategic Studies Association (ISSA), based in Washington, DC. He has served as an adviser on strategic issues to a number of governments and leaders. He has authored or co-authored 35 books on strategic and geopolitical issues, history, energy, aviation, and defense. Some of these works include: Sovereignty in the 21st Century, and the Crisis for Cultures, Nation-States, and Civilizations, UnCivilization: Urban Geopolitics in a Time of Chaos, and The Art of Victory. He co-authored Rise of the RedMed: How the Mediterranean-Red Sea Nexus is Resuming its Strategic Centrality, and Pakistan’s Metamorphosis: The Defense & Foreign Affairs Handbook on Pakistan. He is Editor-in-Chief of Defense & Foreign Affairs publications, and the Director of Intelligence at the Global Information System (GIS), an on-line, encrypted-access, global intelligence service which provides strategic current intelligence solely to governments. In 2007, he drafted the grand strategy framework document for Australia, called Australia 2050. He authored and edited the encyclopedia, The Defense & Foreign Affairs Handbook, from 1976 until the present time, taking it from a 2,500 page print book to an even bigger online publication in recent years. He has received a significant number of orders and decorations from governments, including, in 2007, being made a Member of the Order of Australia for his contributions to the international community in the field of strategic analysis. He was made a Fellow of the Royal Canadian Geographic Society in 2011, and was awarded the Society’s Erebus Medal in 2015. He is a member of the Advisory Board of the Canadian Forces College Foundation. He received the Asian Council Award in 1990. Mr Copley also has had an extensive career as an industrialist, owning several shipyards and engineering companies in the United Kingdom, a naval architectural firm, and a chemical company in France. Among his other activities, he founded Argonaut LLC, a company exploring — and delivering — remote area, mobile energy and water purification solutions. He also served as Vice-Chairman of the Scottish national airline, Highland Express.

IWP EVENTS POLICY: Attendance at all IWP events requires registration in advance. If you purchased a ticket for an IWP event, these tickets are non-refundable. IWP reserves the right to ask for a government-issued ID that matches your name on the confirmed attendee list. Please note that general seating for public events is on a first-come, first serve basis. The use of photographic and/or recording equipment is prohibited except by advanced permission from IWP, the event organizer, and the speaker(s). Please contact events@iwp.edu with any inquries. IWP reserves the right to prohibit photographic and/or recording equipment, either in advance of, immediately before, or during an event. The Institute’s dress code requires attire appropriate for a professional setting. This helps to ensure a positive learning environment and a climate conducive to respectful interaction. Some IWP lectures are held off the record. Media interested in covering an event may contact events@iwp.edu with inquiries one week in advance of the event. We reserve the right to refuse admission to press. The Institute of World Politics is not responsible for lost or stolen property. IWP is a private organization; as such, all attendees are guests of the Institute. The purpose of IWP events is to promote academic discourse on a variety of issues related to the subjects taught at our school. Please note that the views expressed by our guest lecturers do not necessarily reflect the views of The Institute of World Politics.