You are cordially invited to a book lecture with

The Reporter Who Spilled the Secret behind the U.S. Navy’s Victory at Midway 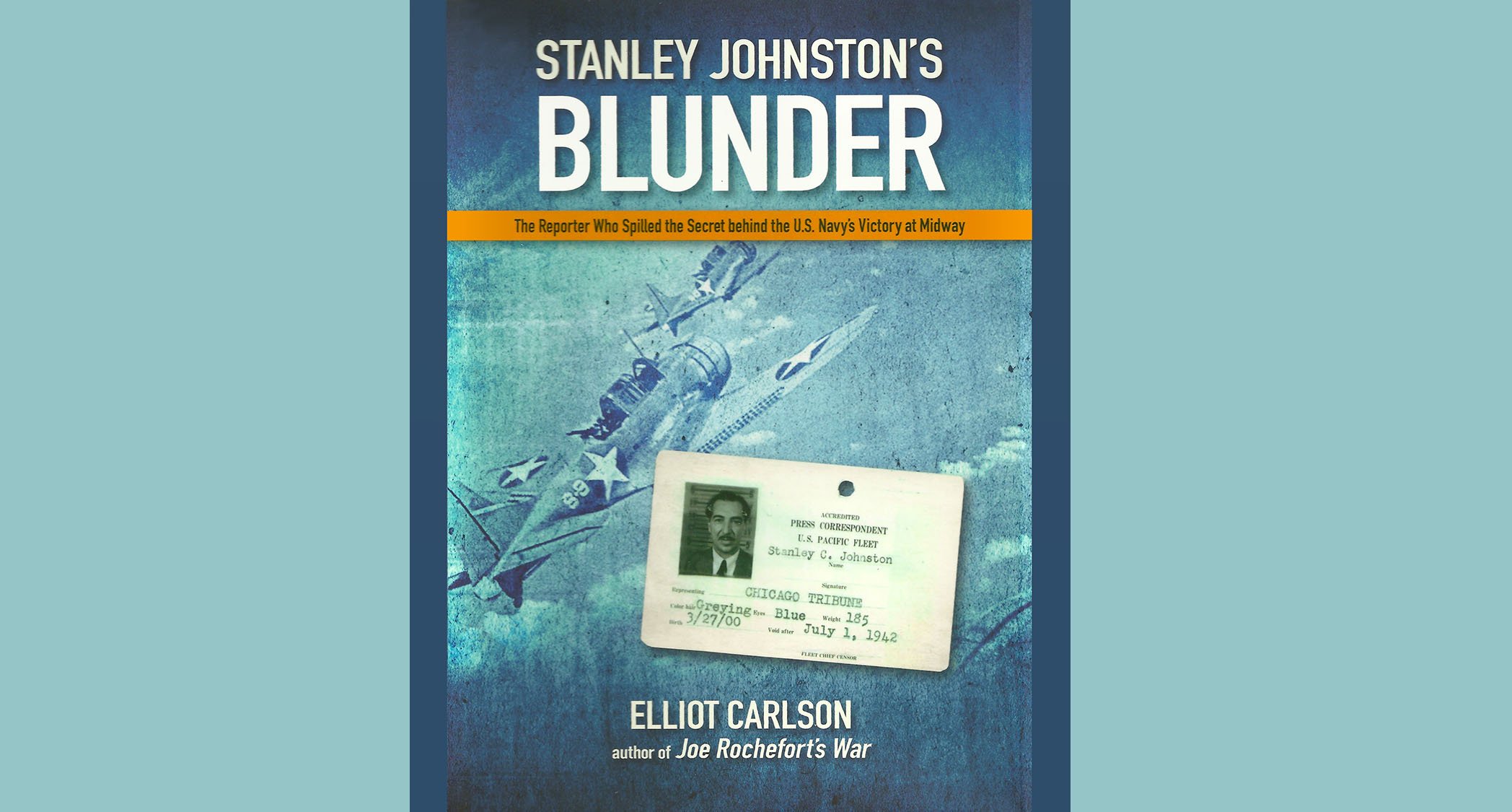 About the book: Stanley Johnston’s Blunder: The Reporter Who Spilled the Secret behind the U.S. Navy’s Victory at Midway concerns what may be the biggest intelligence leak to a reporter in U.S. Navy history. It spotlights Chicago Tribune war correspondent Stanley Johnston, embedded with the carrier USS Lexingtonwhen it is sunk by Japanese war planes during the Battle of the Coral Sea on May 8, 1942. He returns to the U.S. mainland aboard a transport that picks up a Secret Pacific Fleet message: It describes the composition of Japanese forces descending on Midway Atoll for what will be the pivotal Battle of Midway on June 4, 1942. On June 7, 1942 information from that dispatch appears on the front page of the Chicago Tribune. Top U.S. Navy brass fear the Japanese will see the story, realize their code has been broken and change it, depriving our Navy of vital intelligence. The Roosevelt administration’s Justice Department convenes a grand jury to consider espionage charges against Johnston. The grand jury throws out the case. My book explores key questions: How did Johnston get that story? Did a Navy officer “leak” the Pacific Fleet message? Why did the grand jury dismiss the case? Did the Japanese read the story and change their code?

Much of the information in this book derives from 75-year-old grand jury testimony released to the author after a two-year court fight in which the U.S. Justice Department battled to keep the testimony locked up. Carlson’s case, argued by the Reporter’s Committee for Freedom of the Press, was decided in his favor in the fall of 2016 when a three-judge panel of the 7th circuit court of appeals ordered the documents released to the author.

About the speaker: Elliot Carlson began his journalistic career in Hawaii, writing editorials for the Honolulu Advertiser. After completing a Congressional Fellowship that took him to Washington in 1963-64, he joined the staff of the Wall Street Journal, later free-lanced from Belgrade, Yugoslavia, and, still later, served as editor of AARP’s monthly newspaper. Retiring in 2004, he turned to biography, writing Joe Rochefort’s War: The Odyssey of the Codebreaker Who Outwitted Yamamoto at Midway (Naval Institute Press, 2011), for which he won the Samuel Eliot Morison Award for Naval Literature. His latest book, Stanley Johnston’s Blunder: The Reporter Who Spilled the Secret Behind the U.S. Navy’s Victory at Midway, was published by the Naval Institute Press in October 2017. Carlson holds degrees from University of Oregon and Stanford; he lives with his wife in Silver Spring, MD.