You are cordially invited to a webinar presentation on the topic:
Syria, The Tragedy of A Pivotal State
with
Ambassador Rajendra Abhyankar 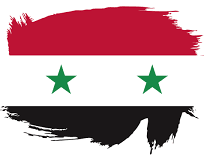 About the lecture: Syria has seen an internecine civil war for the last decade. It has involved 4 out of the 5 Permanent Security Council members on either side of the conflict making it international, throwing to the wind the cardinal principles of the UN Charter particularly, sovereignty, non-interference, and self-defense. It sets an extremely retrograde principle for the conduct of international relations.

About the speaker: Ambassador Rajendra Abhyankar is Visiting Professor at the College of Liberal Arts, Purdue University, Lafayette. From 2012 to 2019, he was Professor of Practice of Diplomacy and Public Affairs at the O’Neill School of Public and Environmental Affairs, Indiana University.

Amb. Abhyankar was in the Indian Foreign Service from June 1968 and retired in August 2005. He was Secretary in the Ministry of External Affairs from 2001 to 2004, retiring as Ambassador to the EU, Belgium and Luxembourg. He has been Indian Ambassador to Cyprus, Syria, Turkey, Azerbaijan and Consul General in San Francisco.

From 2005 to 2009 he was Professor/ Director of Centre for West Asian Studies, Jamia Millia Islamia University, Delhi. He has written seven books on Indian diplomacy and related issues. His latest book is Syria, The Tragedy of a Pivotal State (Palgrave, 2020).