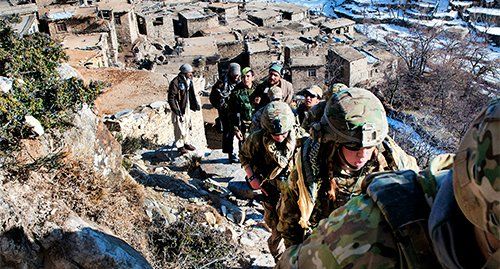 Former CIA operations officer Sam Faddis will discuss getting ahead of the terrorist attack cycle in the era of “lone wolves” and “self-radicalization.” The talk will emphasize how we can go from stalemate to victory and end the siege of America and the West.

Sam took the first CIA team into Iraq nine months in advance of the 2003 invasion of that country. After serving abroad in the Middle East, South Asia, and Europe, he served as the head of the CIA’s Counter Terrorism Center (CTC)’s Weapons of Mass Destruction unit charged with pursuing terrorist weapons of mass destruction programs worldwide. He has run large organizations, worked across the U.S. Intelligence Community and the Department of Defense and been involved in national security matters at the highest levels of our government. He has also spent more than his share of time running sources and covert action campaigns in the field.

Prior to joining CIA, Sam was a U.S. Army Armor and JAG officer, and then served as an Assistant Attorney General for the State of Washington. Sam graduated from The Johns Hopkins University (1980) and the University of Maryland Law School (1983).