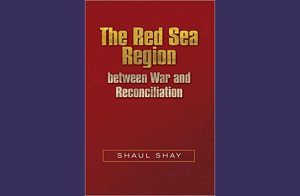 About the book: The Red Sea is one of the world’s most important trade routes, a theater of power struggle among local, regional, and global powers. Military and political developments continue to impact on the geostrategic landscape of the region in the context of its trade thoroughfare for Europe, China, Japan and India; freedom of navigation is a strategic interest for Egypt, and essential for Israel’s economic ties with Asia. Superpower confrontation is inevitable. China, the US, France, Japan and Saudi Arabia have military bases in Djibouti. US strategy seeks to curb Chinese economic influence and Russian political interference in the region through diplomacy and investment. And at the centre of US alliances is the “war on terror” still prevalent in the Middle East and East Africa: Islamic terror groups Al Shabaab in Somalia and Kenya; Al Qaeda of the Arab Peninsula in Yemen; and the Islamic State in Egypt. The civil war in Yemen has become the arena for Iran and Saudi Arabia’s struggle for regional hegemony. Saudi Arabia’s Sunni Arab coalition have been fighting Iranian-backed Shiite Houthi rebels to a stalemate (December 2018). In 2016 Egypt ceded Saudi Arabia the Tiran and Sanafir Islands, the narrow sea passages between the Sinai and Arabian peninsulas, giving control of the entire length of the Red Sea. This, and other perceived positive geostrategic developments, have to be offset by the “nuclearization” of the Red Sea basin (directed in part by Russian foreign policy) and the dangers of multiple country military deployments in the hubs of radical Islam and terrorism potential. A stable future for the region cannot be taken for granted. And as alliances shift and change, so will Israel’s foreign policy and strategic partnerships have to adjust.

About the speaker: Dr. Col. (Res.) Shaul Shay is a senior research fellow of the International Policy Institute for Counter Terrorism (ICT) and former Director of Research at the Institute for Strategy and Policy (IPS) at the Interdisciplinary Center in Herzliya, Israel.

Dr. Shay served in the IDF as a senior officer in the Military Intelligence and he was the Deputy Head of the Israeli National Security Council. Dr. Shay is the author and the editor of 20 books. His last books are:

Somalia in Transition since 2006, Transaction Publishers, 2014.