The State of Democracy, Human Rights, and the Rule of Law in Poland – Recent Developments

and
Tymoteusz Zych, Ph.D.
Member of the Board and Coordinator of the Legislative Analysis Team , Ordo Iuris Institute for Legal Culture

This event is sponsored by IWP’s Kosciuszko Chair of Polish Studies. 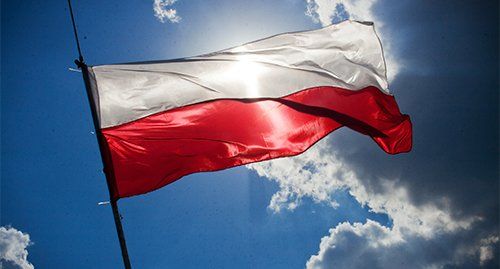 Polish parliamentary elections were held in of October 2015. Since that time, the political situation in the country has changed significantly. The Polish voting constiuency gave unprecedented support to the conservative “Law and Justice” party, allowing it to govern unchallenged.  In the course of the months that followed, imprecise and oversimplified  assertions about the situation in Poland were disseminated by the media, and in several cases, such misinformation appeared in documents issued by international institutions. The Ordo Iuris’ report “State of Democracy, Human Rights and the Rule of Law in Poland – Recent Developments” provides reliable data allowing for a better-informed public debate. The Report provides the first fact-based, comprehensive and substantive legal analysis of the reforms introduced by the new government.

Joanna Banasiuk, Ph.D. received her doctoral degree in law at the Faculty of Law of the University of Białystok, where she works as an assistant professor. Her dissertation was awarded by the World Intellectual Property Organization. She currently serves as the Vice President of the Ordo Iuris Institute for Legal Culture, where she is responsible for international affairs. She is also the author of numerous academic papers.

Tymoteusz Zych, Ph.D. received his Master’s degree and doctoral degree in law at the Faculty of Law and Administration of the University of Warsaw. He holds a diploma of the Artes Liberales Academy (Inter- Faculty Individual Studies in the Humanities), where he studied sociology and political science, both in University of Warsaw and Jagiellonian University in Cracow. His dissertation received an award in a competition for best monographs organized by the Foundation for Polish Science. He currently serves as a Member of the Board and Coordinator of the Legislative Analysis Team at the Ordo Iuris Institute for Legal Culture. He is the author of numerous papers for public authorities and academic papers. He currently holds the position of assistant professor at the Law Faculty of Cardinal Stefan Wyszyński University in Warsaw.