on the topic of

The State of U.S.-Russian Military Relations: One View, Two Perspectives
Through the Eyes and Experience of a Russia FAO 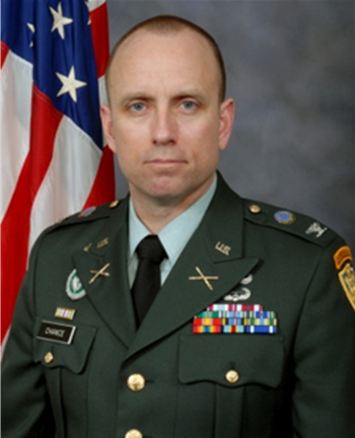 Colonel Ken Chance is a 1981 graduate from The Thacher School in Ojai, California and a 1985 graduate of the University of California Santa Barbara. Commissioned as an Artillery officer, he served his initial tour with L Troop, 3d Squadron 11th Armored Cavalry Regiment in Germany. He then served 24 months in various positions in Howitzer Battery, 3/11th ACR. In 1989 COL Chance was assigned to 6th Battalion, 8th Field Artillery at Fort Ord, California where he served as Battlion Fire Support Officer with a subsequent command of B Battery in the same battalion. After a brief assignment at HQ Division Artillery 7th ID (L), COL Chance began his training as a Eurasian Foreign Area Officer (FAO), graduating from the Basic Russian Language Course at the Defense Language Institute Foreign Language Center in Monterey, California and earning a Masters in Russo-Ukrainian Affairs at Kansas University.

Following this NATO assignment, COL Chance was assigned to 1st Armored Division where he served as Executive Officer for 1st Battalion 94th Field Artillery, and subsequently as Special Assistant to Commander Task Force Falcon for Russian Affairs, Kosovo Force (KFOR). Returning to NATO in 2001, COL Chance was assigned to HQ Allied Forces South (AFSOUTH), Naples, Italy where he served as Special Assistant to Command-in-Chief AFSOUTH for Russian Affairs in the Balkans.

Nominated to attend Senior Service College, in 2004 COL Chance attended the U.S. Army War College where he was awarded a Masters of Science in National Security Studies. In 2005, he began service at the Defense Threat Reduction Agency as both a Deputy Chief of the Interagency Liaison Division, as well as the Security Cooperation Branch Chief, On-Site Inspection Directorate. Following DTRA, he served two years as the U.S. Army Attaché to Russia. COL Chance has advanced proficiency in Russian, with working proficiency in German, French, and Italian languages.

He is married to the former Coleen Ryan, and together they have two children.