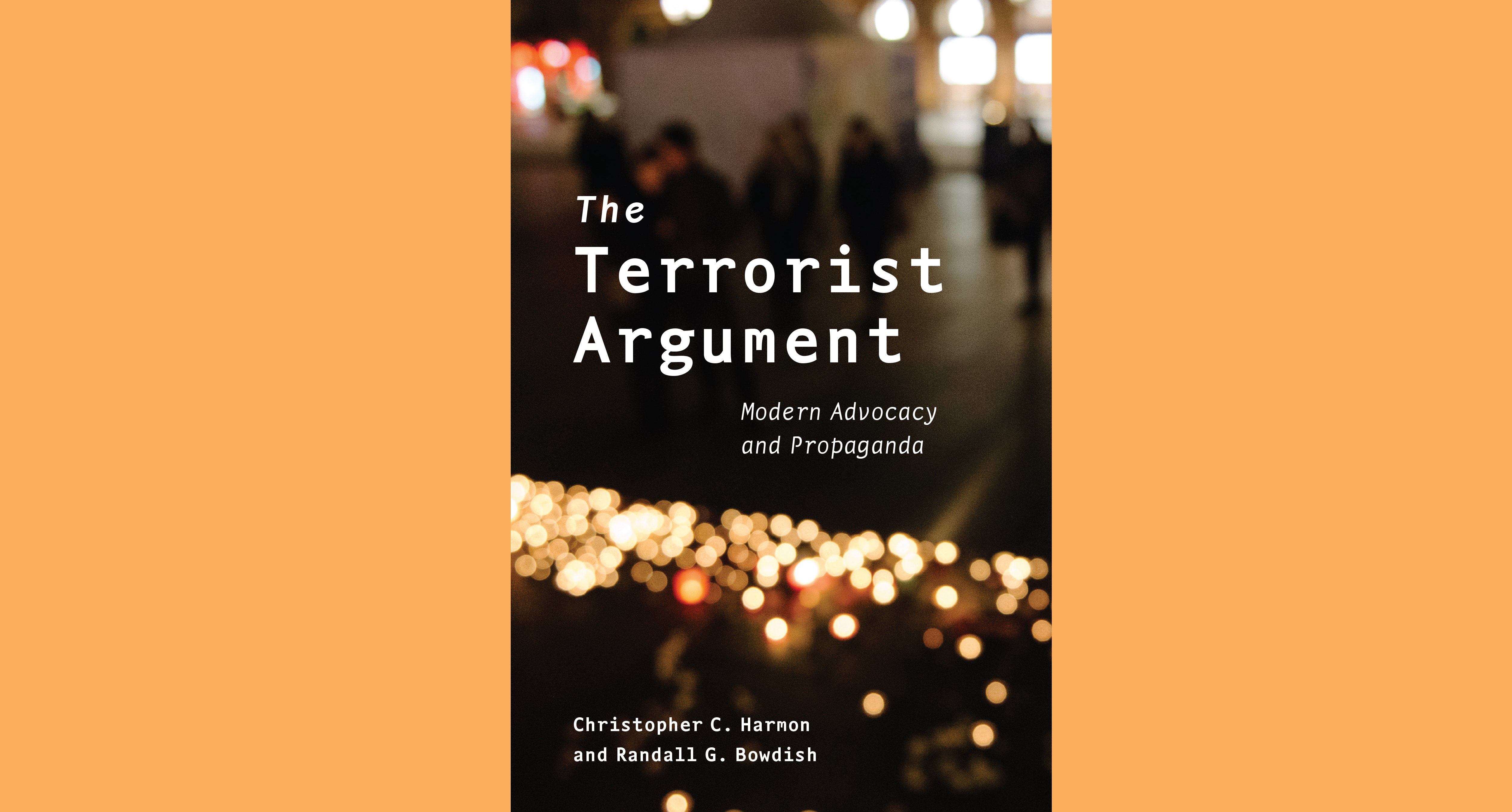 About the book: The Terrorist Argument: Modern Advocacy and Propaganda, co-authored by Christopher C. Harmon and Randall G. Bowdish and published by Brookings Institution Press, is an entirely original study of the strategic communications of violent sub-state actors. The book exposes the surprising range of different media now in use by terrorists, including writing books and setting up television stations. It provides insights, observations, and conclusions reached in 9 case studies of media—of groups as different as secular Iranian dissidents, Islamists of ISIS and Al Qaeda, Filipino Maoists, and Irish militants.

About the author: Christopher C. Harmon inaugurated two of his earlier terrorism books in IWP lectures (2010, 2014).  He taught evening courses on terrorism and counterterrorism at the Institute for more than a decade following 9/11/01.  Dr. Harmon served on a congressional staff, has taught at a half-dozen graduate schools, directed terrorism studies at the George C. Marshall European Center for Security Studies, and held two academic chairs in Quantico, Virginia.  His most recent articles are in the geopolitics journal Orbis, Oxford Bibliographies, and Combating Terrorism Exchange.  Since 2012, Harmon also serves on the editorial board of the leading English-language terrorism journal, Terrorism & Political Violence.