On Monday, February 14 at 3:00 PM, Mr. Joseph L. Bowser, Staff Assistant to the Secretary of the Army, will discuss “The Trials, Tribulations and Testimony of an American Wounded Warrior.”

The lecture will take place at The Institute of World Politics, at 1521 16th Street NW, Washington, D.C. 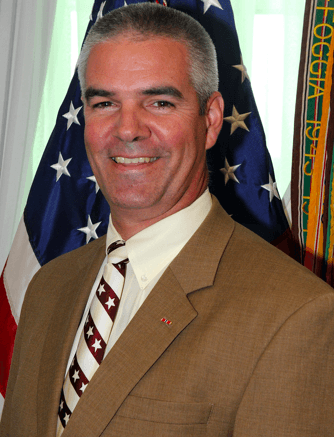 Joseph L. Bowser, Staff Assistant to the Secretary of the Army, advises the Secretary on wounded warrior issues, including issues on military and VA healthcare facilities, warriors suffering from traumatic brain injury and the plight of mental health problems. Traveling throughout the United States and countries where our soldiers are deployed, Mr. Bowser maintains positive communication with visits to our wounded warriors and their families, reaching out to them and sharing the Army and the nation’s gratitude for their service.

Mr. Bowser was born in Toledo, Ohio and enlisted in the US Army as a motor transport operator in 1980. From 1985 to 1996 he served in the US Army Reserves as a cavalry scout and later becoming a drill sergeant. He was deployed to Iraq in 2004 in support of Operation Iraqi Freedom.

Mr. Bowser is a 14 year veteran of the United States Army. He was medically retired from the United States Army in 2006 after receiving major wounds in combat in Balad, Iraq. Sergeant First Class Bowser was wounded by a 122mm rocket that exploded just meters away from him. After going through extensive surgery, he maintained his strength of will and wanted to set an example for those soldiers suffering from combat injuries. He shares his experiences in Iraq and going through his rehabilitation after losing a limb from injuries suffered in 2004.

SFC Bowser performed duties within the office of the Deputy Secretary of Defense while still recuperating from his injuries and going through rehabilitation. Retired in 2006, Mr. Bowser continues to serve. Mr. Bowser was selected and represents the United States on the US Amputee Hockey Team.

He is married to Michele and they have six children, Rebecca, Justin, Elizabeth, Andy, Jeremy, and Ryan and two grandchildren, Madison and Bridget.