You are cordially invited to a special lecture and demonstration with

The U.S. Army Field Band
Featuring the “The Volunteers”
Under the direction and command of COL Thomas Palmatier

Please click here to RSVP.
(An RSVP is required for this event.)
This invitation is non-transerable, no exceptions.

The band will perform for the IWP community and discuss the role of cultural diplomacy in grand strategy.

Many thanks to IWP M.A. candidate and Army MAJ Derrick Shaw for organizing this event. 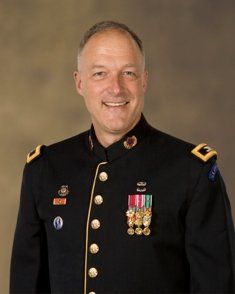 Colonel Thomas H. Palmatier was appointed Commander and Conductor of The U.S. Army Field Band of Washington, DC, in September 2007. Prior to this he served as Commandant of the U.S. Army School of Music, responsible for the training of Army Band Soldiers, Noncommissioned Officers, Warrant Officers, and Commissioned Officers for the Army’s 106 bands worldwide. His previous assignments include Commander of the U.S. Army Europe Band and Chorus, Executive Officer to The Adjutant General of the Army, and the Department of the Army Staff Bands Officer, overseeing band activities for all Active, Reserve, and National Guard bands. Earlier assignments included command and staff positions in Army bands around the world, to include service with The United States Army Band in Washington, DC. Additionally, he supervised musical support for the 1989, 1993, and 2001 Presidential Inaugural celebrations.

Colonel Palmatier is former Director of the Rochester International Tattoo and former Principal Director of Music for the Virginia International Tattoo. He was also Music Director of the Dominion Brass Band, which won the Honors Section of the North American championships in 1996. His professional affiliations include the prestigious American Bandmasters Association, the North American Brass Band Association, of which he is Past-President and an Honorary Lifetime Member, and the National Band Association.

Colonel Palmatier has received numerous military honors to include two awards of the Legion of Merit and seven awards of the Meritorious Service Medal. He was the first Army Band Officer to earn both the Parachutist and Air Assault Badges. He also earned a combat patch for service in El Salvador. His wife, Shirley, is a retired Army Medical Corps officer, and his daughter, Gabrielle, is a ballet dancer and instructor in Los Angeles.

The Volunteers is the United States Army’s premier touring show band. Since its inception in 1981, this talented six-piece group has performed in all fifty states, Canada, Mexico, Puerto Rico, Nicaragua, Belgium, and Guantanamo Bay, Cuba. Performances by the Volunteers have included Mardi Gras in New Orleans, the Indianapolis 500, Nashville Now, the Calgary Stampede, and many state fairs and festivals across the country.The band has also appeared at sporting events of the San Diego Padres, Los Angeles Dodgers, Baltimore Orioles, Florida Marlins, and Pittsburgh Steelers.

These musicians are equally at home performing before an outdoor crowd of 100,000 or at a hospital bedside. They have entertained audiences of all ages in venues ranging from state fair main stages and school auditoriums to senior citizen centers and children’s hospitals. For outstanding support of the Army’s community relations program, the members of the Volunteers have received the Army Community Relations Award of Excellence.

Performances by the Volunteers have been described as “outstanding entertainment with energy and inspiration.” The entire family will enjoy their exciting blend of popular American music, including rock ‘n’ roll, standards, country, jazz, and patriotic. 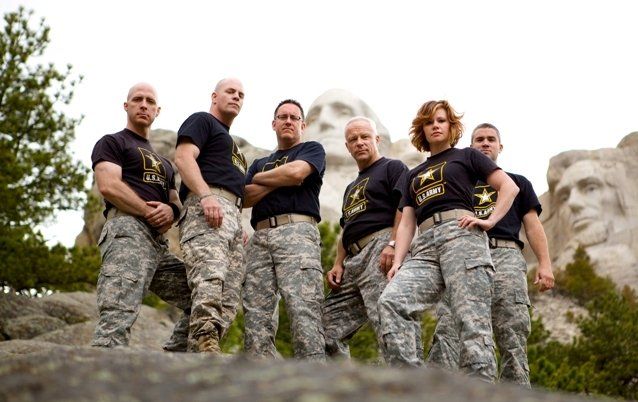