You are cordially invited to the ninth annual Kosciuszko Chair
Military Lecture in honor of Gen. Walter Jajko. It is sponsored by the
Center for Intermarium Studies and the Kosciuszko Chair of Polish Studies at The Institute of World Politics.

War and Humanitarianism: The Case of Maurice Pate (1894-1965)
with
Dr. Marek Chodakiewicz 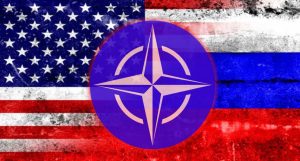 About the Lecture: Maurice Pate (1894-1965) was an American gentleman of the old WASP school who already early in his youth felt an urge to help civilian victims, children in particular, of war, revolution, and other calamities. He will serve as a paradigm for our inquiry about humanitarian aspects of conflict. The focus will be on the American Relief Administration whose charity work saved millions of Europeans from death and disease. Specifically, this lecture will refer to Pate’s role in ARA’s stupendous effort in Poland between 1919 and 1921, while also covering briefly his career afterwards, which culminated in the assumption of the post of the executive director of UNICEF. The lecture will be based on the research conducted for the Intermarium/Pinsk project at the Seely G. Mudd Manuscript Library, Princeton University, and Hoover Institution, Stanford, California, among other places.

About the speaker: Dr. Marek Jan Chodakiewicz holds The Kosciuszko Chair in Polish Studies at The Institute of World Politics, where he also serves as a Professor of History and teaches courses on Geography and Strategy, Contemporary Politics and Diplomacy, Russian Politics and Foreign Policy, and Mass Murder Prevention in Failed and Failing States. He is the author of Intermarium: The Land Between the Black and Baltic Seas and numerous other books and articles. Professor Chodakiewicz is the head of the Center for Intermarium Studies at The Institute of World Politics. He holds a Ph.D. from Columbia University and has previously taught at the University of Virginia and Loyola Marymount University.