You are cordially invited to a webinar:
2021 Student Symposium 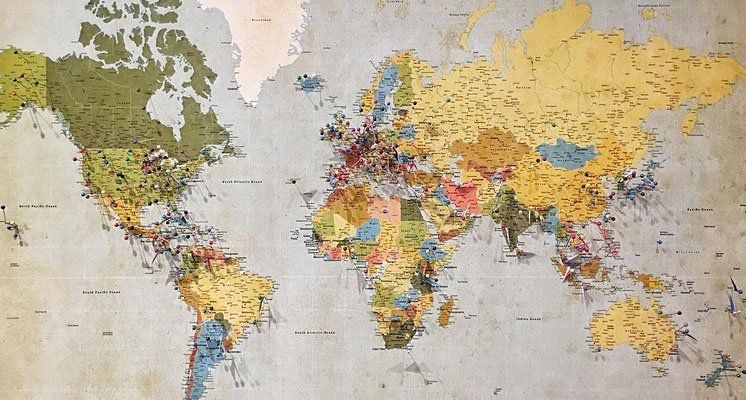 Avenging Angels: Russia’s Legacy of Female Terrorism in Revolution and the Chechen Conflict

About the Lecture: Female-perpetrated terrorism is a compelling subject largely for the shocking dichotomy between traditional perceptions of femininity and brutal, premeditated violence. From the fiery revolutionaries of the 1800s to modern-day Chechen suicide bombers, Russia’s legacy of women’s involvement in terrorist activity is remarkable for its violence, fervor, and popular mythologization. This presentation will discuss what in Russia’s political history and society has encouraged such distinctive, violent female political actors by assessing the revolution’s “avenging angels” and modern “black widows” as part of the same legacy. It will also explore the personal, ideological, and cultural disparities between female terrorists in Russia’s revolutionary era and those in modern-day Chechnya.

About the Speaker: Emily Miller is an international development professional with five years of experience in business development, communications, and program design/implementation. She graduates this semester with an M.A. in Statecraft and National Security Affairs from IWP, with a specialization in Public Diplomacy and Strategic Influence. Her graduate research has focused on pre-Soviet and Soviet Russia, the influence of non-state actors on international security, and the intersection of policymaking and ideology.

Muqtada al-Sadr and the Mahdi Army: Friend or Foe

About the Lecture: Muqtada al-Sadr is the leader of the Sadrist Movement, a Shia political group with a militia called the Mahdi Army. Al-Sadr has a complicated history with the United States but is now in a position to create a stable democracy and protect Iraq from Iranian influence. While the U.S. looks to thwart Iranian efforts in the region, it needs to consider how to work with political actors like al-Sadr.

About the Speaker: Caroline Hickey is a graduate student at IWP where she is pursuing a Master’s degree in Statecraft and International Affairs. Her regional interest is in the Middle East and has focused her studies on Iraq and Afghanistan.

About the Lecture: As Somalia piracy in the Western Indian Ocean has declined and piracy has increased in the Gulf of Guinea and Straits of Malacca, many nations as well as private industry question the best methods to protect lives, cargo, and freedom of navigation across vital shipping lanes. This paper addresses those concerns by outlining the phenomenon of Somali piracy as it manifested in the Western Indian Ocean between 2005 and 2012 and highlighting the lessons learned. The paper identifies three aspects of the relationship between piracy and international relations: piracy as a threat to freedom of navigation of the seas, piracy as an international phenomenon with domestic roots, and piracy as a dichotomy between public concern and private interests. The paper focuses on this last aspect, and on the relationship between the public/private and domestic/international nature of the phenomenon. as well as the different counter-piracy approaches of the public and private sector. Attention is placed on the technical aspects of Somali piracy and the piracy-for-ransom phenomenon. The paper concludes by noting that the international approach to piracy by way of multinational naval operations is a waste of public resources because it counters a low-tech threat with high-tech operations and places public resources at private use, a lesson that can be applied to new counter-piracy operations globally.

About the Speaker: Maria graduated with a B.A. in Political Science and International Relations from Università Cattolica del Sacro Cuore in Milan. She has interned at the Department of State and is currently pursuing an M.A. in Strategic Intelligence Studies. Maria is interested in pursuing a career in crisis management and maritime security issues.

About the Lecture: This presentation will define and analyze the threat of incels as an emerging domestic terrorist threat within the Violent Non-State Actor framework. In an era of online recruitment and social media radicalization, incels have created a community that centers around getting revenge as a result of being rejected by women in the past. This online network of disgruntled individuals has served as the breeding ground for lone actor violence that has claimed more than 50 lives in the United States and Canada.

About the Speaker: Hannah Wilk works as an Investigative Analyst and is pursuing her master’s degree at The Institute of World Politics. She is studying Statecraft and National Security Affairs with a concentration in Public Diplomacy and Strategic Influence. In 2019 she received her bachelor’s degree in Criminology from George Mason University with a concentration in Homeland Security and a double minor in Intelligence Analysis and Forensic Psychology. In her free time Hannah enjoys spending time with friends and family, baking, and trying out new brunch spots in the Washington, D.C. area.