You are cordially invited to a webinar presentation on the topic:
Europe is Essential and NATO is the Key
with
Col. Michael Ryan 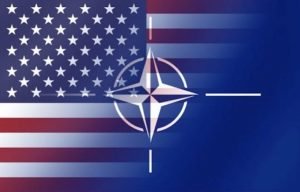 About the lecture: In today’s competitive world our prosperity and our way of life depend on unity among the world’s democracies. Given the strength of the transatlantic economy and the success of NATO, the dynamic relationship between Europe and America is the engine of the global economy and the force supporting the rules-based world order. How we grow together or if we grow apart will determine our individual and collective fate.

About the speaker: Michael Ryan served as the Deputy Assistant Secretary of Defense for European and NATO Policy in the Pentagon following a distinguished career in the United States Air Force and the Senior Executive Service. A graduate of the Air Force Academy, Colonel Ryan began his career as a fighter pilot flying the A-10 in Europe during the Cold War. His extensive background in World Affairs includes service at NATO headquarters, the U.S. Mission to the European Union, U.S. European Command headquarters, and in the Office of the Secretary of Defense. He is a graduate of the French War College in Paris, was a National Defense Fellow at the U.S. Congress, and is a Distinguished Graduate of the Joint Military Intelligence College. He holds a Master’s Degree in International Relations and has lectured extensively in Europe and the United States. His latest articles on transatlantic relations appeared recently in The National Interest.