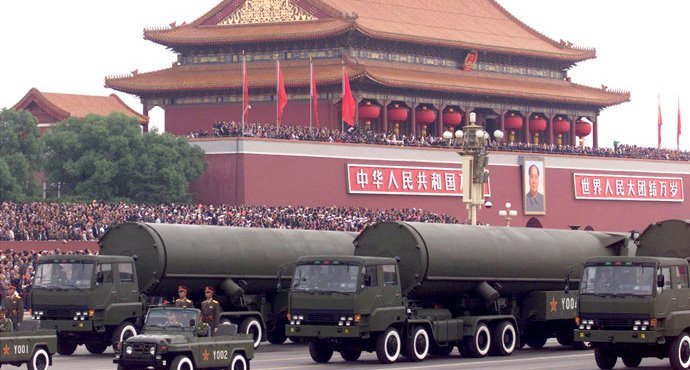 About the lecture: In 1949, to the surprise of Americans who had hoped that WWII had marked the end of world conflicts, the Soviet Union exploded a nuclear weapon Identical to the bomb the US had dropped on Nagasaki. It was identical because the bomb’s nuclear technology had been stolen through massive espionage by America’s Russian communist wartime ally. Thus the calculus of power that overshadowed the new conflict—nuclear weapons and strategic intelligence operations– set the strategic framework of the fifty-year Cold War conflict.

Also in 1949, the People’s Republic of China began pursuing a similar hegemonic course, also relying on stolen nuclear weapons designs and strategic intelligence activities. Just as an aggressive Soviet Union was unwilling to accept either the American position as the world power or even peaceful standards of international behavior, so too does the PRC appear intent on replacing America as the sole remaining superpower in the twenty-first century.

The presentation will review key developments in these Chinese efforts and where US policy stands today at the current crossroads in US policy towards the PRC.

About the speaker: Kenneth E. deGraffenreid has over 40 years of leadership responsibility as a senior national level expert, practitioner, writer, and teacher in the areas of strategic defense and intelligence policy, and operations; counterintelligence and protective security; continuity of operations; and infrastructure, cyber, telecommunications and information protection.

He has served as Deputy Undersecretary of Defense for Policy; Deputy National Counterintelligence Executive and Special Assistant to the President for National Security Affairs as White House Senior Director of Intelligence and Security Programs on the Ronald Reagan National Security Council. A retired Navy Captain, he also served on the Professional Staff of the Senate Select Committee on Intelligence. He has been a Senior Group VP of an R&D and systems engineering firm and VP of a high level policy analysis firm supporting sensitive USG programs in counterintelligence, telecommunications, and security. He is Professor Emeritus at IWP, a graduate school in Washington, D.C. where he developed and directed the first MA degree in Intelligence and security studies to be offered in the United States. Currently, he is a Distinguished Fellow in Intelligence Studies at the American Foreign Policy Council.