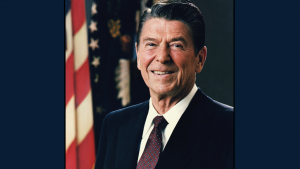 This event is a part of the Ronald Reagan Intelligence Lecture Series at The Institute of World Politics.

About the lecture: Join Dr. John Lenczowski, IWP Founder and Chancellor, as he discusses the Reagan intelligence policies concerning disinformation, other active measures and strategic deception

About the speaker: Dr. John Lenczowski is Founder, President Emeritus, and Chancellor of The Institute of World Politics, an independent graduate school of national security, intelligence, and international affairs in Washington, D.C.

From 1981 to 1983, Dr. Lenczowski served in the State Department in the Bureau of European Affairs and as Special Advisor to Under Secretary for Political Affairs Lawrence Eagleburger. From 1983 to 1987, he was Director of European and Soviet Affairs at the National Security Council. In that capacity, he was principal Soviet affairs adviser to President Reagan.

He has been associated with several academic and research institutions in the Washington area, including Georgetown University, the University of Maryland, the American Enterprise Institute, the Ethics and Public Policy Center, the Council for Inter-American Security, and the International Freedom Foundation. He has also served on the staff of Congressman James Courter.

Dr. Lenczowski attended the Thacher School, earned his B.A. at the University of California, Berkeley, and received his M.A. and Ph.D. from the Johns Hopkins University School of Advanced International Studies.