You are cordially invited to a webinar presentation on the topic:
The Algerian Dream: Youth and the Quest for Dignity
with
Andrew Farrand

About the lecture: Nearly two-thirds of Algeria’s population is under the age of 35. Growing up during or soon after the violent conflict that wracked Algeria in the 1990s, and amid the powerful influences of global online culture, this generation views the world much differently than their parents or grandparents do. An exploration of this generation, their hopes for the future, and the frustrations that brought them into the streets en masse since 2019 reveals much about the politics, economy, and society of North Africa’s sleeping giant—and its future.

The event will be moderated by Dr. Zak Allal (’18), non-resident scholar at IWP. 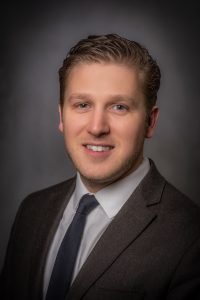 About the speaker: Andrew G. Farrand is a non-resident senior fellow covering North Africa at the Atlantic Council and author of The Algerian Dream (2021). He lived and worked in Algeria from 2013 to 2020, implementing youth development programs across the country alongside a range of creative projects. “An expert on North Africa” (The New Yorker), he is the translator of Inside the Battle of Algiers (2017) by Zohra Drif, a contributor to Uncommon Alger (2016), and author of numerous articles on Algeria. He is well known in Algeria as a travel writer, photographer, and media personality. A graduate of Georgetown University’s School of Foreign Service, he is a proficient Algerian Arabic and French speaker. In 2020 he served as host of Andi Hulm (“I Have a Dream”), Algeria’s first entrepreneurship reality television show.