You are cordially invited to a webinar presentation on the topic:
The Devil and Karl Marx: Communism’s Long March of Death, Deception, and Infiltration
with
Dr. Paul Kengor 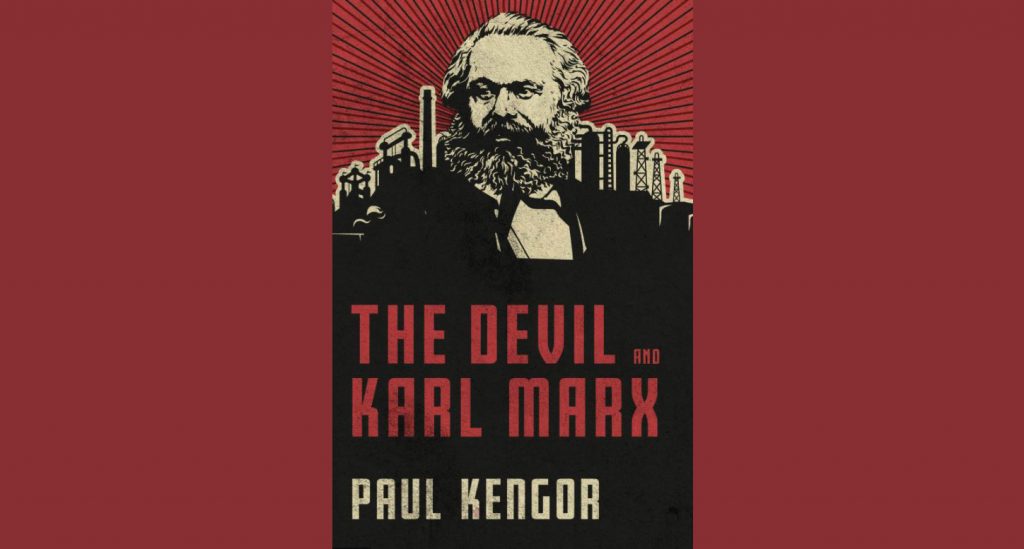 About the lecture: “Thus Heaven I’ve forfeited, I know it full well. My soul, once true to God, is chosen for Hell.” So wrote Karl Marx in an 1837 poem. Those lines were, for Marx, at least partly biographical. Likewise disturbing were his openings lines in his Communist Manifesto: “A specter is haunting Europe, the specter of communism. All of the powers of old Europe have entered into a holy alliance to exorcise this specter.” Karl Marx unleashed more than a mere economic program. The man was less an economist than a revolutionary. Marx had a favorite line from Mephistopheles, the devil character in Goethe’s Faust: “Everything that exists deserves to perish.” What Marx wanted was not a mere economic revolution; he wanted a revolution against human nature, to annihilate the entire order, to burn down the house, to undermine “all religion, all morality.” He called for the “forcible overthrow of all existing social conditions.” What Marx advocated had a destructive dimension, a spiritual dimension, even a diabolical dimension. In his latest book, The Devil and Karl Marx: Communism’s Long March of Death, Deception, and Infiltration, Dr. Paul Kengor explores this chilling side of Marx and the Marxist revolution that still rages today. Join us to hear Professor Kengor on this fascinating and disturbing subject.

About the speaker: Paul Kengor, Ph.D., is professor of political science at Grove City College in Grove City, Pennsylvania, and a New York Times bestselling author of over a dozen books. He is senior director and chief academic fellow at the Institute for Faith & Freedom and former visiting fellow at the Hoover Institution at Stanford University. His articles have appeared in publications from the Washington Post and USA Today to the Wall Street Journal and New York Times. He is a longtime columnist and senior editor for The American Spectator. Kengor is an internationally recognized authority on (among other topics) Ronald Reagan, the Cold War, communism, socialism, and conservatism.

Dr. Kengor’s books have been published by HarperCollins, Simon & Schuster, Harvard University Press, Oxford University Press, Ignatius Press, the Intercollegiate Studies Institute, HarperPerennial, and many others. In 2017, he released what has been described as his “magnum opus,” A Pope and a President: John Paul II, Ronald Reagan, and the Extraordinary Untold Story of the 20th Century. Among his bestsellers are the 2012 book, The Communist, and his 2004 classic, God and Ronald Reagan. Several of his books are the basis for major films, including the film, “The Divine Plan” (Robert Orlando, producer), which screened in theaters nationwide in 2019. In August 2020, he released his latest The Devil and Karl Marx (TAN Books/St. Benedict Press).

Kengor is a frequent public speaker, at venues such as the Ronald Reagan Library, the Reagan Ranch Center, National Press Club, Heritage Foundation, Princeton University’s James Madison Program, American Enterprise Institute, the Center for Strategic & International Studies, the Gerald Ford Library, the National Presbyterian Church, the Fulton Sheen Cultural Center, and at colleges ranging from the University of Virginia to the College of William & Mary to the Naval Academy to Notre Dame University.