You are cordially invited to a webinar presentation on the topic:
The Katyn Forest Massacre: An Annotated Bibliography of Books in English
with
Mr. Andrew Kavchak 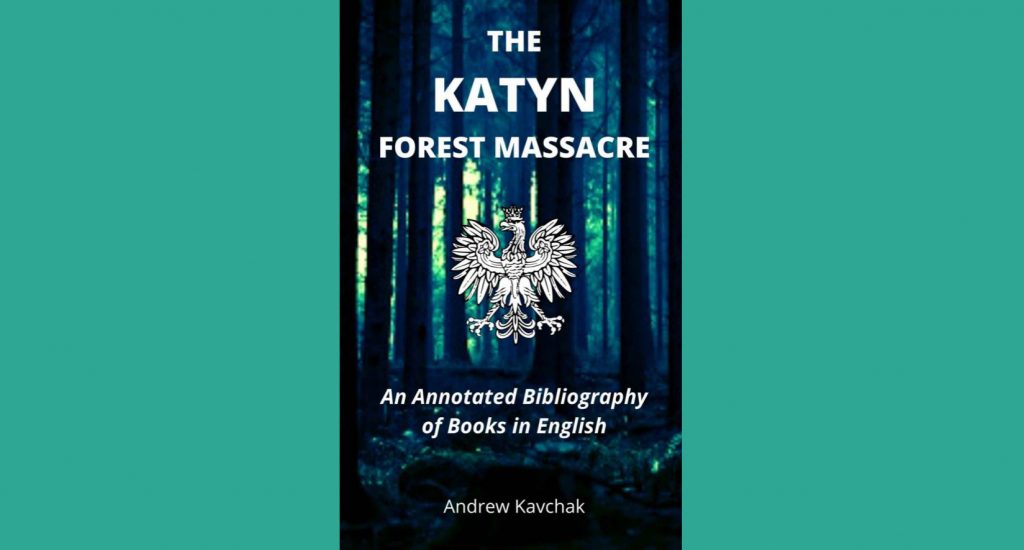 About the book: “The Katyn Forest Massacre: An Annotated Bibliography of Books in English” begins with a history of the Katyn Massacre and an overview of the literature on Katyn. The subsequent chapters discuss the authors and contents of some 38 books that have been published over the decades in English about Katyn. Each book contributed something to the evolving literature and general knowledge about the history of the Massacre. Books were written by some prisoners who survived (Czapski and Młynarski), witnesses who were brought to the exhumations (Stroobant and Werth), diplomats and generals who tried to find out what happened to the missing officers (Kot and Anders), family members who were deported to Kazakhstan and Siberia (Adamczyk), researchers and historians (Zawodny, Ciencala, Sanford and Maresch), and authors who believed that raising awareness about Katyn was worthwhile because it might help rectify an injustice (FitzGibbon and Allen). Books written before the Soviet admission of guilt pointed an accusatory finger at the Kremlin. Those written afterwards had the benefit of archival revelations that helped shed light on previously unknown details of the NKVD Katyn operation.

The Foreword is by Dr. Alexander M. Jablonski, President of the Oskar Halecki Institute in Canada.

About the speaker: Mr. Andrew Kavchak was born in Montreal. He studied political science (BA – Concordia University, MA – Carleton University) and law (LL.B. – Osgoode Hall Law School). He spent his career in the Canadian federal civil service mostly working in policy units with the departments of revenue, industry and international trade. Since retiring he has pursued his hobbies of reading and writing about history. He has written and published several books that are available on Amazon, including Remembering Gouzenko: The Struggle to Honour a Cold War Hero and The Katyn Forest Massacre: An Annotated Bibliography of Books in English. He lives in Ottawa, Canada.