You are cordially invited to a webinar presentation on the topic:
The Trend Toward a Concentration of Power and China’s Hegemonic Goal
with
Dr. Anders Corr 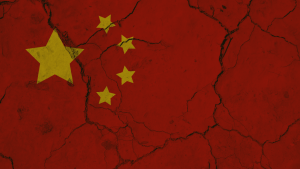 About the lecture: With the rise of totalitarian China, it is more important than ever to understand a historical tendency towards the concentration of not only political, but economic and informational forms of power. Dr. Anders Corr’s latest book, The Concentration of Power: Institutionalization, Hierarchy & Hegemony, is a theoretical analysis of trends in world history that he has developed over the past thirty years of international research and scholarship. He argues that from the beginning of the archeological and textual evidence in history, power is organized around twelve theories of hierarchy that affect every segment of society.

From international politics, to unions, associations, corporations, and the military, Dr. Corr breaks them down and provides readers with a sense of what the world could face if we allow hierarchy to continue its historical development toward a global and illiberal hegemony. Be it in China, the United States, or the European Union, all are vying for global influence and the utilization of the structure of the United Nations, or other newer international institutions, to promote either the principles of human rights and democracy, or in the case of Beijing, the exact opposite.

This clash between democracy and autocracy on a global level is part of a “ratchet process” of history that Dr. Corr describes, and that could turn to a war of massive proportions, or a continued trend towards a global and illiberal hegemony. As the world slips towards what could be an “end of history” in a Beijing-led international system, no greater stakes have ever imposed themselves on an unsuspecting global public.

About the speaker: Anders Corr (B.A. Yale 2001 Summa, Ph.D. Harvard 2008) founded Corr Analytics Inc to provide clients with business intelligence and strategic analysis of international politics. He is Publisher of the Journal of Political Risk, which works with a wide variety of authors, from Ivy League professors to Filipino peasants. His areas of expertise include Asia, historical analysis, grand strategy, social movements, quantitative analysis, public opinion, and international security.