You are cordially invited to an Asia Initiative Lecture Series (AILS) webinar presentation on the topic:
The UN’s Human Security Challenge: The Plight of North Korean Refugees in China
with
Ambassador Jung-Hoon Lee 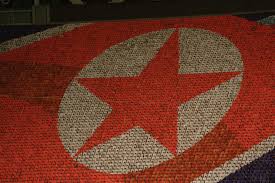 About the lecture: The problems arising from the presence of North Korean refugees in China warrant a human security approach, meriting protection from the UN and the international community. There are three scenarios dreaded by the refugees: first is being caught by North Korean border patrol while trying to escape; second is being subjected to human trafficking ring; and third is being repatriated after being caught by either the Chinese police or North Korea’s own secret police operating in China. Despite the 1995 agreement between the UNHCR (United Nations High Commissioner for Refugees) and China, which provides the UNHCR unimpeded access to all refugees within China, the UNHCR has been passive in exerting its mandate to protect the North Korean refugees. One possible solution is the construction of a refugee camp in China or Mongolia. If China allowed for this, it would catapult itself as a genuine “soft power” deserving of the much-coveted G2 status. Otherwise, China’s leadership ambition, UNHCR’s reputation, and most importantly, human rights of the refugees will remain in jeopardy so long as the discriminatory sŏngbun system in North Korea continues.

He is formerly the ROK government’s Ambassador for Human Rights as well as its inaugural Ambassador-at-Large for North Korean Human Rights. On campus, he served as Dean of the Underwood International College and the Office of International Affairs. He has also served as Director of the Institute of Modern Korean Studies, the Yonsei Human Liberty Center, the Center for American Studies (IEWS), and the Center for European Studies (IEWS). His other academic affiliations include a visiting professorship at the Dept. of Politics, Faculty of Law, Keio University, and a senior fellowship at Harvard Kennedy School’s Carr Center for Human Rights Policy.

His current domestic commitments include his role as Chairman of SaveNK, an NGO that helps the defector community, Senior Advisor to the Future Korea Weekly, a current affairs magazine, and Chairman of the Board of Tongwon Educational Foundation.

He received his BA from Tufts University, MALD from the Fletcher School of Law & Diplomacy, and D.Phil. from the University of Oxford (St. Antony’s College). In 2017, he published Tongbukah Kyŏkrang ui Hanbokp’anesŏ [In the Midst of a Northeast Asian Current]. His most recent journal contributions include “Déjà Vu in South Korea? Lessons from the 1992 Philippines Withdrawal” in The Washington Quarterly (2020), “The UN’s Human Security Challenge: The Plight of North Korean Refugees in China” in the Journal of International Politics (2020), and “North Korea’s Nuclear and Human Rights Conundrum: Implications for South Korea’s Unification Goal” in Pacific Focus (2020).