You are cordially invited to a webinar presentation on the topic:
Where the Birds Never Sing, The True Story of the Liberation of Dachau
with
Mr. Jack Sacco 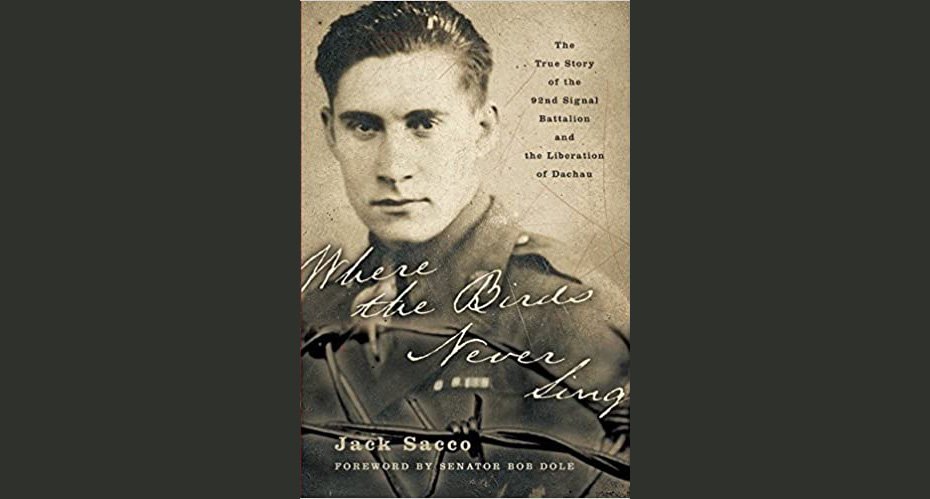 About the lecture: Jack Sacco’s presentation (based on his award-winning book, Where the Birds Never Sing), details his father’s heroic journey through the greatest battles of World War II with a special focus on the liberation of Dachau. His testimony bears witness to the truth of the Holocaust while honoring both the victims and liberators.

About the speaker: Jack Sacco is the award-winning and Amazon #1 bestselling author of Where the Birds Never Sing and Above the Treetops. Originally from Birmingham, Alabama, he earned a degree in Mechanical Engineering from the University of Notre Dame. He is the winner of the Alabama Library Association’s 2005 Author Award for Where the Birds Never Sing. Past winners of this prestigious award include Harper Lee for To Kill a Mockingbird, and Walker Percy for The Second Coming. Where the Birds Never Sing, published by HarperCollins, is a nonfiction account of his father Joe Sacco’s experiences during the Second World War, including his part in the liberation of the notorious Nazi concentration camp at Dachau.

The book has been praised by critics and readers alike, including Senator Bob Dole, who contributed the Foreword. In addition, scholars of the Holocaust have been enthusiastic in their praise. Where the Birds Never Sing has been endorsed by Rabbi Abraham Cooper on behalf of the Simon Wiesenthal Center and the Museum of Tolerance in Los Angeles. Where the Birds Never Sing was nominated for the 2004 Pulitzer Prize and rose to become an Amazon #1 Bestseller.