You are cordially invited to a webinar presentation on the topic:
Winning Without War: Building Alliances and Partnerships
with
Ambassador Philip Hughes, Dr. Caitlin Schindler, and Dr. Frank Marlo 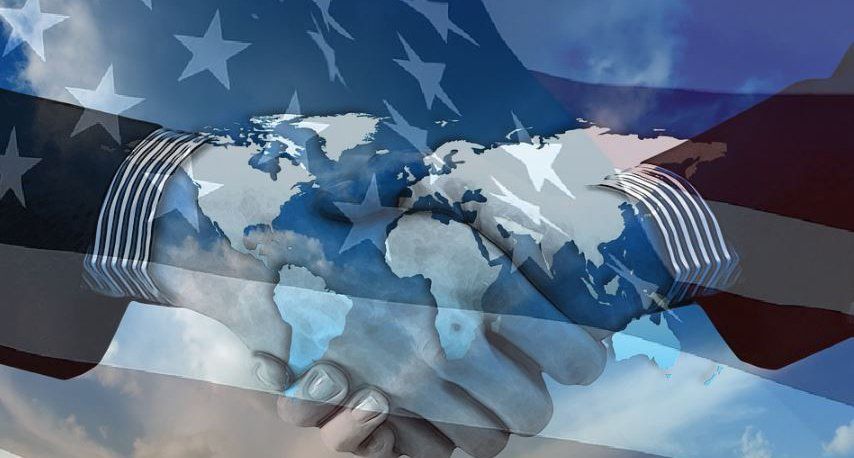 This event is sponsored by the Winning Without War Series at The Institute of World Politics.

About the lecture: The rise of great power politics has resulted in a new, global competition for political influence. Alliances and partnerships are critical to expanding US influence, yet building these partnerships is challenging. This webinar will discuss the importance of these partnerships and suggest ways for the US to expand and strengthen them.

Dr. Frank Marlo is Dean of Academics at The Institute of World Politics. He formerly served as a Professor of Strategic Studies at the Marine Corps Command and Staff College. He received his Ph.D. from the Fletcher School of Law and Diplomacy in May 2006. From January 2002 until January 2005, he served as Assistant for Counterproliferation Policy in the Office of the Assistant Secretary of Defense for International Security Policy. He is the author of Planning Reagan’s War: Conservative Strategists and America’s Cold War Victory

(Potomac Books, 2012) and a contributing editor to the book The Grand Strategy That Won the Cold War: Architecture of Triumph (Lexington Books, 2016).

Ambassador Philip Hughes served as the United States Ambassador to Barbados and the Eastern Caribbean from November 1990 until July 1993. Prior to this ambassadorial appointment, he served as Executive Secretary of the National Security Council during 1989 and 1990. His previous Executive Branch public service included assignments as Assistant Secretary of Commerce for Export Enforcement (1988-1989), Deputy Assistant Secretary of State for Politico-Military Affairs (1986-1988), Director for Latin American Affairs on the National Security Council staff (1985-1986), Deputy Assistant to the Vice President for National Security Affairs (1981-1985), and Assistant Director for Intelligence Policy in the Office of the Secretary of Defense (1979-1981). Ambassador Hughes was a Research Fellow in Defense Studies at the Brookings Institution, Washington, DC in 1978-1979 and began his career as an Assistant Analyst in the National Security and International Affairs Division of the Congressional Budget Office (1975-1977). Ambassador Hughes is currently Senior Director of the White House Writers Group in Washington, DC. Among other roles, he serves as Chairman of the Association for Diplomatic Studies and Training; Senior Vice President and Secretary of the Council of American Ambassadors; Program Chairman and Board member of the Washington Institute of Foreign Affairs; and Vice President of the Foreign Policy Discussion Group. Ambassador Hughes was awarded the Secretary of Defense’s Medal for Distinguished Public Service in 1985 and the George Washington Patriot Award of the Sons of the Revolution of the State of New York in 2009. He is married to Victoria A. Knipper Hughes.

Dr. Cailtin Schindler is a Research Professor at The Institute of World Politics and Adjunct Professor at Patrick Henry College. In addition to teaching, Dr. Schindler works for a U.S. Defense contractor providing subject matter expertise research and analysis to various government customers’ operations and programs. Dr. Schindler obtained a Master of Arts in Strategic Intelligence from the Institute of World Politics in 2010 and completed her Ph.D. on the historical origins of U.S. public diplomacy at the University of Leeds. Dr. Schindler authored The Origins of Public Diplomacy in US Statecraft: Uncovering a Forgotten Tradition, published by Palgrave Macmillan. Dr. Schindler’s current research is focused on the origins and evolution of Russian political warfare.