You are cordially invited to a webinar presentation on the topic:
Winning without War: Educating Diplomats, Warriors and Spies!
with
Dr. John Lenczowski, Dr. Frank Marlo, and Dr. David Glancy 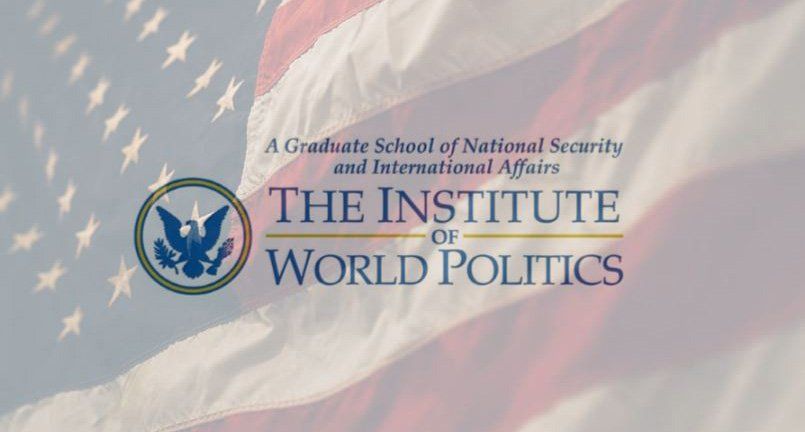 Focus: China, Russia, Iran, North Korea, radical Islamism, and a global pandemic. Never has the United States faced so many external threats, each of which requires a full-range strategy – both hard and soft power- in order to preserve our freedom and prosperity while avoiding unnecessary armed conflict. At the same time, it is critical to build internal consensus based on our values and history. How can we ensure our military, State Department, Intelligence professionals, executive branch, and congressional leaders are prepared to deal with these complex challenges in the most prudent and effective manner?

Panel Discussion: On May 27, 2020, The Institute of World Politics will host a webinar panel with three of the nation’s leading experts on national security strategy. All are professors with extensive real-world experience developing and implementing policy to defend our Nation.

Dr. John Lenczowski served in the State Department in the Bureau of European Affairs and as Special Advisor to the Under Secretary for Political Affairs Lawrence Eagleburger from 1981 to 1983. From 1983 to 1987, he was the Director of European and Soviet Affairs at the National Security Council. In that capacity, he was principal Soviet affairs adviser to President Reagan and one of the architects of the national strategy to bring down the Soviet empire. After teaching at Georgetown University, Dr. Lenczowski founded The Institute of World Politics, a non-profit graduate school of national security, intelligence, and international affairs in 1990 and currently serves as its President. He is the author of Full Spectrum Diplomacy and Grand Strategy. He has been consulting with the National Security Council, the State Department and the Defense Department on the China threat, U.S. strategy towards China, human rights, public diplomacy, and a general national security strategy of “winning without war.”

Dr. Frank Marlo is Dean of Academics at The Institute of World Politics. He formerly served as a Professor of Strategic Studies at the Marine Corps Command and Staff College. He received his Ph.D. from the Fletcher School of Law and Diplomacy in May 2006. From January 2002 until January 2005, he served as Assistant for Counterproliferation Policy in the Office of the Assistant Secretary of Defense for International Security Policy. He is the author of Planning Reagan’s War: Conservative Strategists and America’s Cold War Victory

(Potomac Books, 2012) and a contributing editor to the book The Grand Strategy That Won the Cold War: Architecture of Triumph (Lexington Books, 2016).

Dr. David Glancy, currently a Professor of Strategy and Statecraft at IWP, formerly served as an Associate with Booz Allen Hamilton, where he worked on education technology issues with National Intelligence University. Prior to joining NIU, Dr. Glancy served as an Assistant Professor (contractor) with the College of International Security Affairs (CISA) at National Defense University. Before being assigned to CISA, Dr. Glancy provided advice on strategic communications issues to a variety of government clients for Booz Allen Hamilton. Dr. David Glancy has also held positions at both the State Department and Defense Department. At the State Department, he served as a Senior Advisor for Political-Military Affairs and was responsible for handling a number of high-profile issues (coalition political-military efforts in Iraq, issues related to our global military posture, piracy off the coast of Somalia). At the Defense Department, Dr. Glancy was a policy analyst and advisor with the Office of the Secretary of Defense. During his time at the Pentagon, Dr. Glancy served as the Director of the Global War on Terrorism Communications Group and worked as a special assistant with the Eurasia policy office.

Mr. Michael C. Maibach is a seasoned professional in global business diplomacy, advisor to non-profits, supporter of civic causes. From 2003-2012 he was President & CEO of the European-American Business Council, a group of 75 multinational companies. From 1983 to 2001 Mr. Maibach was Vice President of Global Government Affairs for the Intel Corporation. At Intel he worked closely with its founders, Dr. Robert Noyce – inventor of the integrated circuit, Dr. Gordon Moore – known for Moore’s Law – and Dr. Andy Grove – Time Man of the Year in 1997. At Intel he built a global team of 150 professionals to enhance trade, and job and wealth creation. Today he is a Distinguished Fellow at Save Our States, focused on defending the Founders’ Electoral College. Mr. Maibach has earned seven university degrees, one of which was granted by The Institute of World Politics. While earning his first degree he was elected to the DeKalb County Board in his native state of Illinois, becoming the first person elected to public office under 21 years of age in American history.