You are cordially invited to The Institute of World Politics’ 23rd annual Pearl Harbor Day Lecture:

What does moral courage have to do with the return of Americans taken hostage?
with
Ms. Diane Foley

Mother of James W. Foley, an American freelance journalist who was taken hostage in Syria in 2012, tortured and executed by ISIS in 2014. 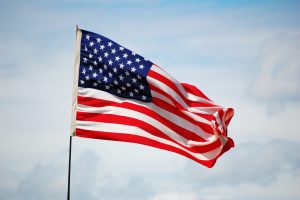 This event is sponsored by the IWP’s Student Veterans Association.

About the lecture: Ms. Diane Foley will discuss her personal account of her son, James W. Foley, an American freelance journalist who was taken hostage in Syria in 2012, tortured and executed by ISIS in 2014. Ms. Foley will explore how Jim aspired to moral courage and how it could inform the United States’ hostage policy. In light of Pearl Harbor Day as a reminder of the need for constant vigilance, she will discuss how having a well-thought-out hostage policy will minimize risk to American citizens.

About the speaker: Diane M. Foley is the mother of five children, including American freelance conflict journalist James W. Foley. She founded the James W. Foley Legacy Foundation in September 2014, less than a month after his public execution. Diane is currently serving as the President and Executive Director of JWFLF. Since 2014, she has led JWFLF efforts to fund the start of Hostage U.S. and the international Alliance for a Culture of Safety, ACOS. In 2015, she actively participated in the National Counterterrorism Center hostage review which culminated in the Presidential Policy Directive-30. This directive re-organized U.S. efforts on behalf of Americans taken hostage abroad into an interagency Hostage Recovery Fusion Cell, Special Presidential Envoy for Hostage Affairs and a White Hostage Response Group. Previously, Diane worked first as a community health nurse and then as a family nurse practitioner for 18 years. She received both her undergraduate and master’s degrees from the University of New Hampshire in Durham, NH.