You are cordially invited to a book lecture with

for her new book 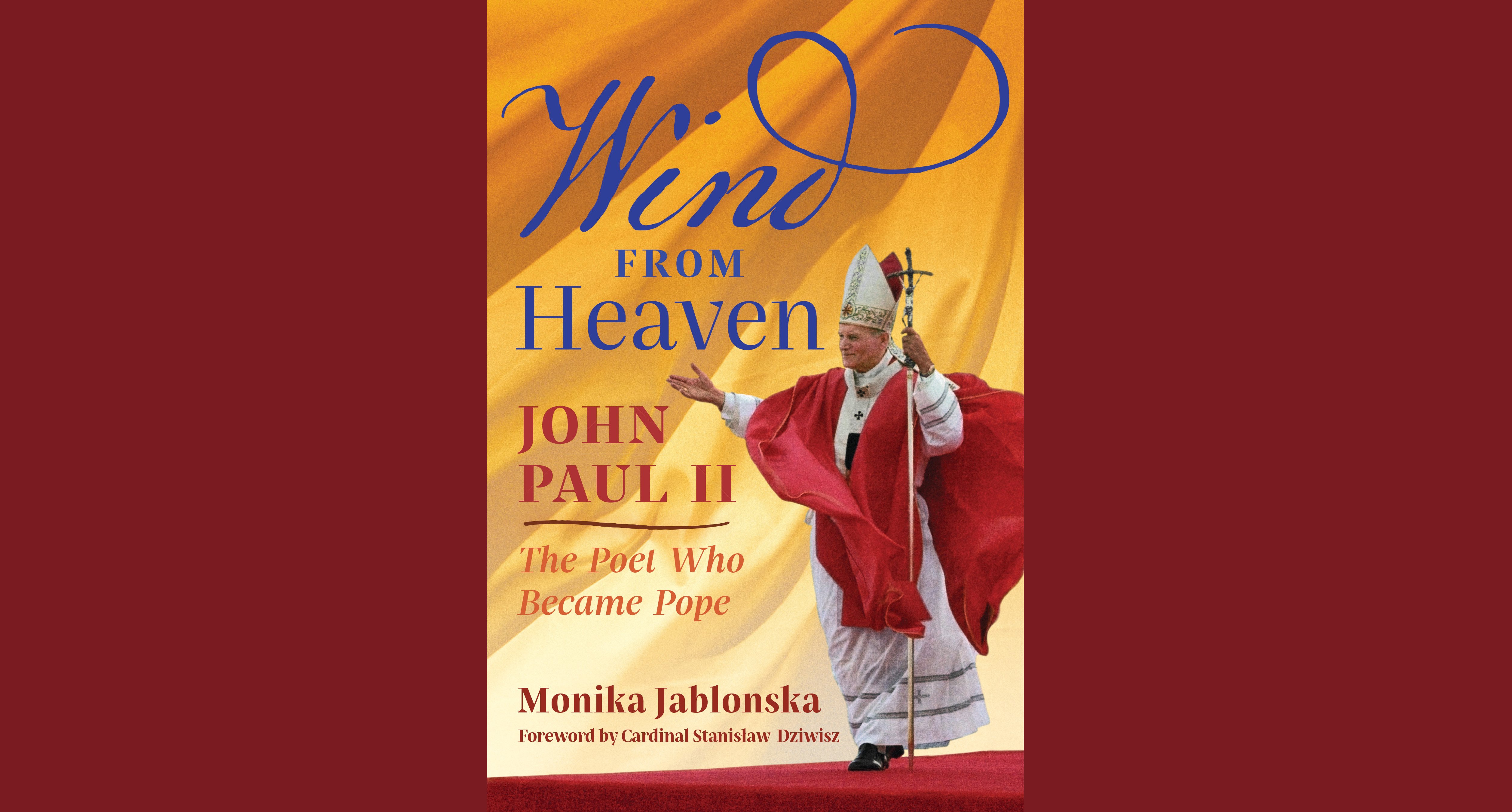 MONIKA JABLONSKA’S WIND FROM HEAVEN. JOHN PAUL: The Poet Who Became Pope is the story of the future pope Karol Wojtyła as poet and playwright, as true servant of the Word — a student of Polish literature, dramatist, actor, professor, philosopher, and priest, whose religious conviction added a moral dimension to world politics and changed the course of history. Wind from Heaven offers a new perspective on John Paul II and the pontificate that transformed the Church, its people, and the whole world. Drawing on a wealth of Polish sources, the author throws a fresh and numinous light onto the personal and literary life of John Paul II for English-language readers. She portrays the history of Karol Wojtyła’s native Poland, its literature, and faith-suffused used culture as the crucible out of which emerged a boy, then a man of unbreakable spirit, who answered the call to priesthood, and became a pope who in face of immense worldly evils feared no one but God, giving ringing voice to Love and Hope with such moral clarity that the world rose up with courage in response. The reader of this inspiring book comes away in reverent awe of Karol Wojtyła, this “man from a far country” who played a crucial role in some of the most momentous events of our time, who implemented lasting changes in this world, and who left behind springs of inspiration  owing stronger with each passing year.

MONIKA JABLONSKA is an entrepreneur, lawyer, consultant, and business executive. She is currently working on her PhD dissertation, on social business. At the United Nations Conference on Sustainable Development in Rio de Janeiro in 2012, Monika launched her own social business called Nurture the World to feed hungry children around the world. She runs projects in the USA, Brazil, and Europe. In 2015, she received a Special Recognition Award from the American Institute ofPolish Culture in Miami for her Nurture the World project. Monika was also nominated for Businesswoman of the Year in 2016. Wind from Heaven has previously been published in Poland, Brazil, and Colombia.