Women’s Leadership in the Military

a conversation with
Hon. Deborah Lee James
Former Secretary of the Air Force

This event is part of Women Executives in National Security (WENS) and the IWP Global Impact Discussion Series.

Please note that this event is strictly off the record. 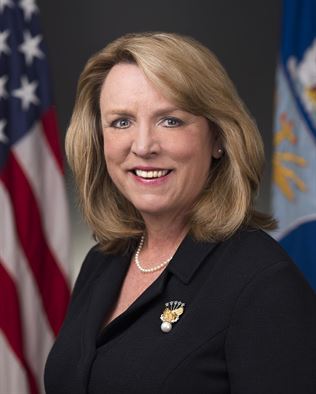 Deborah Lee James is former Secretary of the Air Force, Washington, D.C. As 23rd Secretary of the Air Force, she was responsible for the affairs of the Department of the Air Force, including the organizing, training, equipping and providing for the welfare of its nearly 660,000 active-duty, Guard, Reserve and civilian Airmen and their families. She also oversaw the Air Force’s annual budget of more than $139 billion. Ms. James has 30 years of senior homeland and national security experience in the federal government and the private sector. Prior to her current position, Ms. James served as President of Science Applications International Corporation’s Technical and Engineering Sector, where she was responsible for 8,700 employees and more than $2 billion in revenue. For nearly a decade, Ms. James held a variety of positions with SAIC to include Senior Vice President and Director of Homeland Security. From 2000 to 2001, she was Executive Vice President and Chief Operating Officer at Business Executives for National Security, and from 1998 to 2000 she was Vice President of International Operations and Marketing at United Technologies.