This page honors IWP faculty members who have passed away. They are fondly remembered by the IWP community, and we are grateful to them for their work with our students, at our school, and for our country.

Dr. Roger Fontaine was Director of Latin American Affairs at the National Security Council, serving as President Ronald Reagan’s chief White House advisor in that field. In addition to his regional area specialization, Prof. Fontaine had a brilliant mastery of world history and overall U.S. national security policy. He was truly an integrated strategic thinker and, as such, was an intellectual role model for his students.  He taught the foundational course on “International Relations, Statecraft, and Integrated Strategy” at IWP for many years. He passed away in November 2020. Read more about Professor Fontaine 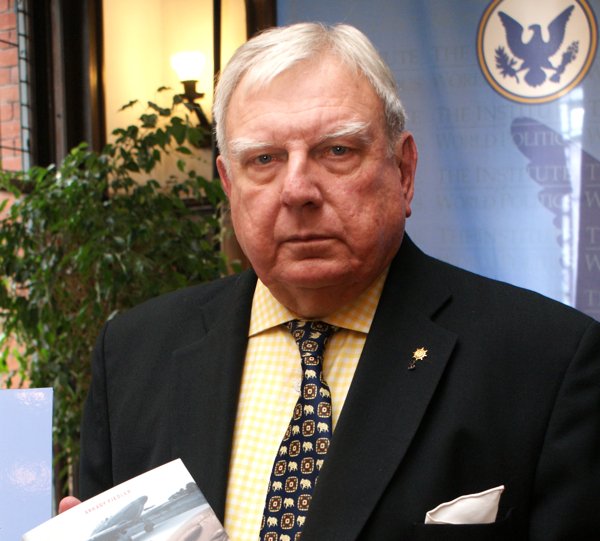 Brigadier General Walter Jajko served his country in a distinguished 29-year career in the United States Air Force, as well as for over two decades as a civilian official at the highest levels of government. During General Jajko’s Air Force career, he served in fighter, reconnaissance, bomber, airlift, special operations, and intelligence units in Southeast Asia, North Africa, and elsewhere. Following his retirement from active duty, General Jajko served as Director of the Special Advisory Staff in the Office of the Secretary of Defense; as Assistant to the Secretary of Defense for Intelligence Oversight (where he was in charge of oversight of all the intelligence services within the Department of Defense); as Acting Deputy Under Secretary of Defense for Policy Support (where he served as the most senior intelligence policy official in the DoD); and as Manager of a Presidential program. While occupying these positions, he was in charge of DoD covert action and DoD support of CIA covert action, wrote DoD’s first public diplomacy doctrine, and rewrote DoD’s psychological operations doctrine.  He was one of the very rare officials to have worked at the nexus of military strategy, diplomacy, public diplomacy, strategic communications, counterpropaganda, psychological strategy, and political warfare. Prior to his retirement from government service, General Jajko was the Defense Advanced Research Projects Agency Fellow at The Institute of World Politics. For many years, he taught “Military Strategy: An Overview of the Theorists of Warfare” at IWP. He passed away in October of 2014. Read more about General Jajko 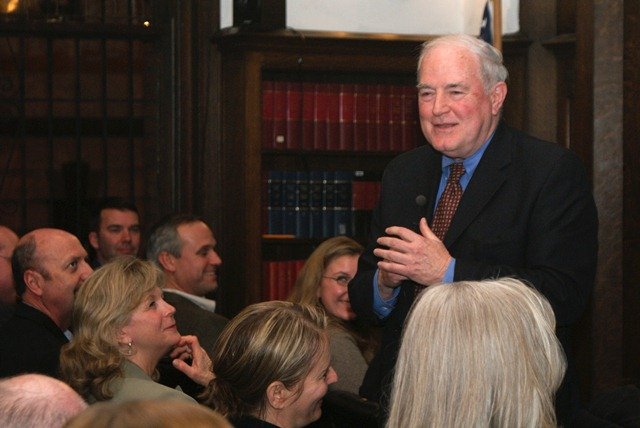 During his careers in the United States Air Force and at the Central Intelligence Agency, Brian Kelley showed his patriotism and courage by serving his country as an intelligence officer. He was suspected of being a Russian mole at the CIA, until finally Robert Hanssen, the real mole, was caught in 2001. Prof. Kelley’s life experiences influenced his teachings at IWP. His contributions included setting up a pathway program for our students to find internships and employment in strategically important intelligence contracting firms. Brian passed away in September of 2011.
Read more about Professor Kelley
Brian Kelley Memorial Lectures 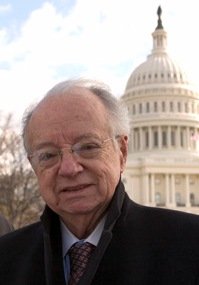 Having served as the U.S. Ambassador to Burundi, Uganda, and the Holy See, Amb. Thomas Melady was a Trustee at the Institute for several years. He taught “The Art of Diplomacy” at IWP on a pro bono basis for over a decade, and his instruction in the classroom was an invaluable piece of IWP’s curriculum. Among his many contributions to the school, he mentored numerous students and interns, helping many of them publish articles and term papers and find jobs. He passed away on January 6, 2014. Read more about Amb. Melady 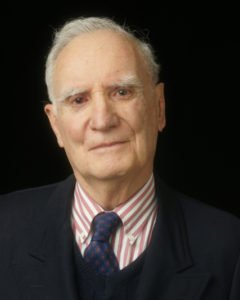 For many years, Amb. Piedra taught our course on the Western moral tradition and foreign policy and served as the Donald E. Bently Professor of Political Economy at IWP. Before this, he had been Chairman of the Department of Economics of the Catholic University of America, where he taught the history of economic thought and business ethics. Amb. Piedra served as President Reagan’s Ambassador to Guatemala at a very sensitive moment in history: the Central American wars of the 1980s. He also served as U.S. Representative to the Economic and Social Council of the Organization of American States, as well as the Senior Area Advisor for Latin America with the U.S. Mission to the United Nations. He passed away on December 20, 2021. Read more about Amb. Piedra 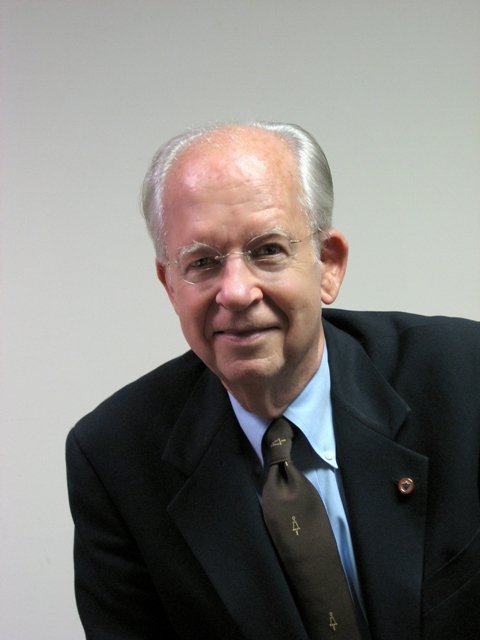 Over the course of his life, Prof. S. Eugene Poteat became one of the foremost experts in the intelligence community. Prof. Poteat was born in Bessemer City, North Carolina in 1930. Before graduating from The Citadel with a B.S in Electrical Engineering in 1957, Prof. Poteat served in the military in Europe at the end of World War II.

In 2002, he earned his master’s degree from IWP in Statecraft and National Security Affairs. Prof. Poteat joined the faculty in 2008 and taught an IWP course titled Technology, Intelligence, Security, and Statecraft; he continued in retirement as Professor Emeritus. He passed away on May 22, 2022. Read more about Professor Poteat 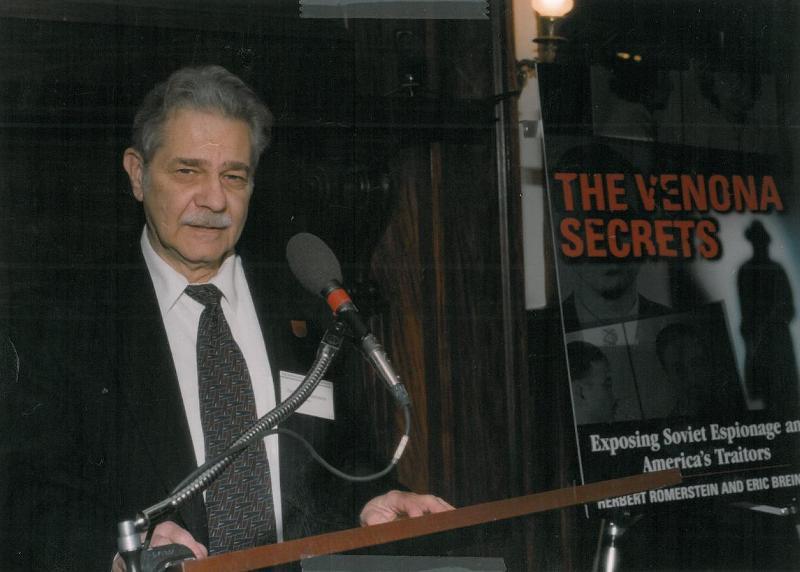 Herbert Romerstein was a pioneer in the strategic ideological warfare dimension of what has come to be called information operations. Over his six-decade career, Prof. Romerstein took the enemy propaganda and political warfare methods he learned firsthand from a Soviet-controlled Communist Party cell and reverse-engineered them to help the U.S. government hunt down KGB and GRU intelligence networks operating through political structures in the United States. Prof. Romerstein worked for the U.S. House of Representatives Committee on Un-American Activities, tearing apart domestic enemy networks controlled by the Soviets and their allies. He later led the Office to Counter Soviet Disinformation and Active Measures at the U.S. Information Agency (USIA). For years, Herb mentored people in and out of government in the arts, sciences, mechanics, and other practices of ideological warfare, providing encyclopedic institutional knowledge to generations of information operators. As a professor at IWP, where he taught “Foreign Propaganda, Perceptions, and Policy,” Prof. Romerstein brought his knowledge to aspiring and active-duty U.S. diplomats, military officers, and intelligence officers. He was a recipient of the Lifetime Achievement Award from the Association of Old Crows, and he passed away on May 7, 2013. 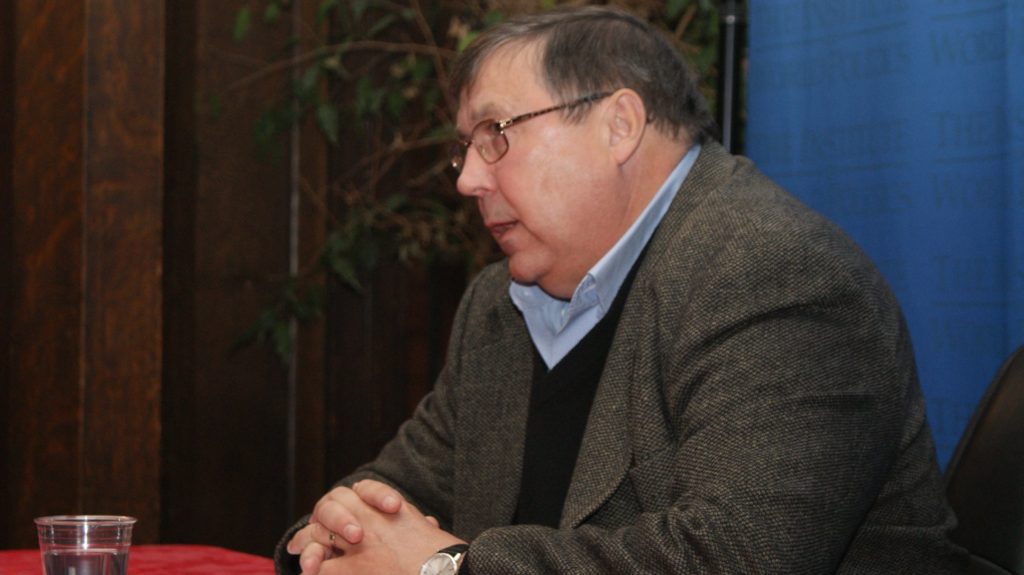 Dr. Robert, “Bob,” W. Stephan had a long and distinguished career in U.S.  Intelligence at the height of the Cold War. After serving in the Air Force, Prof. Stephan served in the National Security Agency, Federal Research Division, and Defense Intelligence Agency Counterintelligence Directorate.  He transferred to the Central Intelligence Agency, Directorate of Operations, where he became a highly regarded counterintelligence specialist, and one of the U.S. Intelligence Community’s leading subject matter experts on the Soviet and Russian intelligence and security services. While at CIA, he completed a doctorate in modern Russian history at George Washington University. After his time with the DIA and CIA, Dr. Stephan joined the Institute as a faculty member in 2009. He taught classes about the use of spies and subversion, terrorism, influence operations, and intelligence collection. Read more about Professor Stephan.